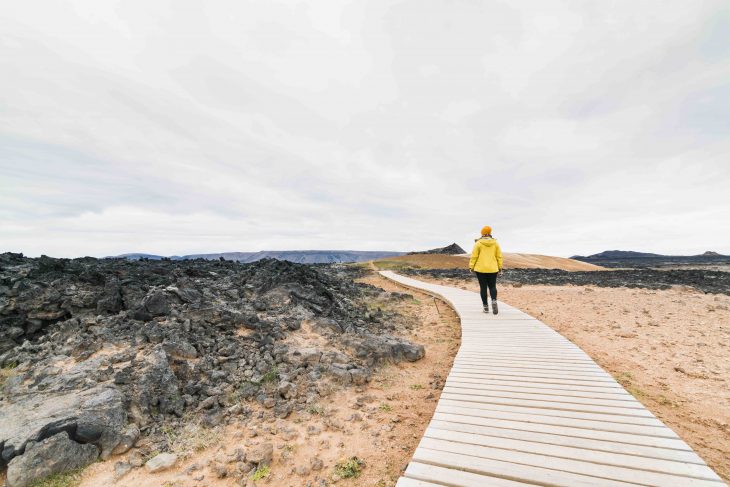 Do you or someone you love suffer from depression? If you’re female, you may experience the condition differently than your male peers. Even though the disorder may feel the same on the inside, it may manifest in diverse ways.

Additionally, some treatments may work contrastingly in men and women. There are physiological differences that impact how medications and other substances affect the body. Understanding the unique ways females experience the disease can help improve your outcomes and get you feeling better sooner. I know it’s helped me on my journey.

1. Women Ruminate More Often
Men tend to become irritable when they’re depressed because western society tells them to remain stoic. Rather than manifest the typical tearfulness, they may strike out in anger or participate in high-risk activities like speeding. Conversely, society permits women to express their emotions — which is probably why I grow tearful more often.

This dynamic may partially explain why women are twice as likely to receive a depression diagnosis than their male peers [1]. Other factors include societal pressures, such as financial difficulties brought on by disparities in pay in the workplace.

2. Women May Become Addicted More Quickly
Women who attempt to self-medicate with drugs or alcohol may fall prey to addiction more readily than their male peers. Part of the reason for this phenomenon is biological. Women have a lower percentage of water in the body, which means they have less to dilute alcohol when they drink it [2]. Thus, they get intoxicated quicker. Furthermore, women have less of a substance called alcohol dehydrogenase in their digestive systems, further enhancing the euphoric effects.

Women also tend to drink more to combat negative feelings, whereas men tend to do so to socialize. I was a big one for this. My after-work ritual always included wine. As I quickly learned, drinking alone can sometimes spiral into addiction.

3. Women Attempt Suicide More Often, But Men Succeed
You would think the gender with higher rates of depression would die by suicide most often. However, men commit suicide at 3.5 times the rate of women in the U.S., even though females attempt the act more often [3]. I’ve had several close female friends try to end their lives. However, why do men die more frequently by this method?

The answer often lies in the method. Men are more likely to have access to firearms, and even when they don’t, they’re more likely to take violent measures like tossing themselves off a skyscraper or a bridge. Firearms account for more than half of all suicides, so discussions of sensible gun policy should involve this statistic [4].

4. Hormones Can Cause Roller Coasters in Females
Another reason more women report depression than men may stem from hormonal factors. When a woman enters puberty — and later, menopause — hormones flood her system, causing behavioral and mood changes. Additionally, her hormonal levels fluctuate throughout the month.
Women with premenstrual dysphoric disorder (PMDD), for example, can experience severe depression before and during their menstrual cycles [5]. Seeing their gynecologist for diagnosis may lead to a psychiatric referral for treatment. Once a woman finishes childbearing, she might find relief from a partial hysterectomy.

5. Antidepressants May Work Differently in Females
While researchers haven’t reached a clear consensus on how antidepressants work differently in men and women, some studies have shown disparities. For example, men tend to react more positively to the tricyclic antidepressant imipramine than women [6]. Doctors also need to adjust dosages for the various body sizes and compositions between males and females.

The same drug that does wonders for your male significant other may not work as well for you. My fiancé’s antidepressants didn’t work for me, for example. We have both tried a variety of antidepressants, with incredibly different reactions between the two of us. These differences highlight the essential nature of early intervention, as it can take time to find a regimen that works.

Understanding How Women Experience Depression Differently Helps You Find Treatment
Once you understand how depression manifests in women and men, you can coordinate more effectively with your doctor on your treatment. I can tell you that it helps.

I ignored my condition for a long time because it didn’t feel like the most pressing issue in my life at the time — at least, not as pressing as, say, financial concerns or physical ailments. But the reality is that it is so much more pressing than you may realize, and it builds on itself. Especially as women, we have a higher tendency to explain away things, apologize a lot and minimize our pain. Take it from me — please don’t do this to yourself. If you or someone you love suffers from this disease, take note — and take care of yourself.

Kate likes to write about women's health and wellbeing. She is an active advocate for women's rights and enjoys sharing the various things she's learned over the years with others. If you enjoy her work, you can check out her blog, SoWellSoWoman.com.