I have the right to express myself 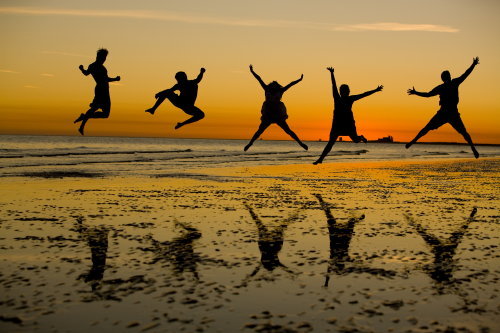 Dedication: To my daughter and all the girls who aren't trying to be 'nice' and fit in

As long as I remember, I haven’t been sincere and open with people about who I’m, my dreams and hopes, and how I want to live my live. In fact, I probably didn’t know that myself. Nor did I know how to find out. Instead I was too busy trying to fit in – with family, at school and in university, with friends and boyfriends, then later with colleagues. I always felt that I didn’t belong – I felt I was light years away from their conversations, dreams, hopes and interests. I lied to people – those were small white lies accepted in our society, or so I thought. Who wouldn’t say to a friend that her party was awesome although it was boring? Surely I don’t want to offend my friend. How can I possibly say to my colleagues that I don’t want to join them for Friday drinks? That’s team building, right, and then how else you take off your stress? Will they understand if I say that I don’t like the taste of alcohol, I like my mind clear and focused, and dear what’s even worse – will they understand that I rarely get stressed (because I’ve dedicated years of my life to change my reactions to the stressful world we live in)? How could I possibly explain all this to a bunch of nice people who just want to enjoy their glass of wine? It’s easier to come up with a small lie – sorry, I can’t join you because my mum is unwell, or because this or that. And they’ll press on, and I’ll come up with yet another lie.

Years passed and I got entangled in those lies about myself. I almost felt invisible to the outside world, because no one, except my husband, could see my true self (and the funny thing is I married my husband not because I was deeply in love, but because he was the first person who saw through my white lies and understood my true personality). Now and then someone would push me into a corner where I’d find it impossible to pretend anymore and I’d show some of my true self. Such a huge and unexpected disappointment for friends and colleagues. They didn’t understand that sudden overstated reaction. They felt I’d been lying to them all that time. Or, worse, some thought I was just upset and would soon return to my usual ‘nice’ self. She’s a nice person, but she’s just tired, they’d say.

But then one day my six year old daughter came from school unhappy with something (minor) her teacher said or did. It was nothing major really, not worth the conversation in my view, but my daughter was adamant she’d have a conversation with her teacher and explain how she felt. I was perplexed. I didn’t understand. I asked why. Was she hoping to change the teacher’s views or behaviour? That’s impossible. Would the teacher care about a six year old’s strange perceptions? Probably not. Why waste the time having a conversation, possibly unpleasant, at least for a six year old? I couldn’t get it. My daughter was adamant: ‘Because that’s how I feel’, she said. ‘I want to express my feelings’. But why, I asked. My daughter said: ‘Because I have the right to express myself and I want other people to know how I feel’. I was speechless. A six year old summed up the pain of my life. It was life changing for me. I started thinking about my daughter’s words. I tried to put myself in her shoes, I wanted to internalize that feeling of being absolutely convinced that I have the right to express myself. I couldn’t feel it, but I wanted to feel it. I decided to focus on that thought, work on it, turn it into a feeling and grow and cherish that feeling. My long-term goal was to wake up one day and be absolutely genuinely convinced that I had the right to express myself in this world.

It has been three years since then and I’m – slowly – moving towards my long-term goal. It turns out that speaking the truth about myself is not easy; it’s like learning to speak a foreign language – I know the words but I somehow can’t put them into a sentence coherent enough for others to understand. Sometimes it’s one step forward and two steps backwards: old habits die hard, colleagues feel disappointed, friends quit, difficult conversations have to be held. Word by word, step by step, day by day I’m making progress and I’m trying to be kind to myself: I have to untangle 40 years of small lies that I’ve been telling the world about myself. I now have this small tiny feeling inside myself and I’m working on growing it. I know I’ll get there and one day the white lies I’d lived in will seem like a distant dream.

A wife and mother of two school kids trying to balance professional life with gardening passion.