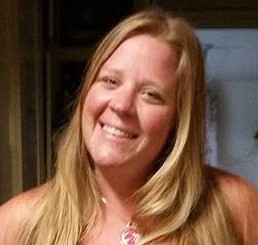 I am amazing because I can finally say and actually believe that I truly am amazing. I didn’t always feel this way:

I did well in school. I didn’t really have to try hard and often got in trouble by my teachers because I was helping my classmates understand their math. I remember hearing that boys didn’t like “smart girls” so for awhile I pretended I wasn’t smart. I was say things wrong that I knew were wrong. I pretended I didn’t understand a math problem so someone would explain it to me.

I was diagnosed with clinical depression and anxiety at a fairly young age, and I really struggled to accept this about myself without feeling ashamed for not being the happy-go-lucky girl I was supposed to be.

For many years I was ashamed of who I was: a strong, smart girl who had a mental illness. I was living in this box of what I thought a girl was supposed to be.

I quite early changed my tune on pretending I wasn’t smart. I became proud of my grades and didn’t care who thought being smart wasn’t cool. I took this belief in myself all the way to earning a Master’s degree in English Literature.

It wasn’t until I gave birth to my daughter (a future Girl on the Run) that I realized that if I wanted her to grow up accepting herself for who she was, I would have to do the same thing. I began to embrace my body for its strength and power.

However, even with a desire to be a good role model for my daughter, I still struggled being different. I still hid my depression and anxiety from the people around me. I pretended that I was “normal.” It wasn’t until I started coaching for Girls on the Run in 2008 that I really started to accept who I was…I was a unique, imperfect person who had amazing insight and gifts to share with the world. I was a role model for girls.

It is through the lessons of Girls on the Run that I was able to accept that I wasn’t always going to have “comfortable” emotions, but that what was important was how I responded to those emotions.

The one lesson that most resonated with me, and still resonates with me is the negative self-talk lesson. As someone with depression and anxiety, I often fall prey to the negative wonderings of my mind. But when this happens, I think of all I have learned as a parent and coach for Girls on the Run – I reframe it into something positive! I see it for what it is – a challenge – whatever challenge I face, whether a tangible obstacle or my own mind is just that…it is not a reflection of me as a terrible person. It is just me as a unique and imperfect human making her way through this world.

I am unique. I am imperfect. I am a Girl on the Run. I am amazing!

Stacie is originally from Minnesota, but currently resides in Sonoma County with her family. Stacie earned a Master’s degree in English Literature from Sonoma State University and teaches English at Santa Rosa Junior College. While an athlete in high school, playing tennis, Stacie did not start running until 2004, and has since completed numerous half marathons and three full marathons, as well as countless 10Ks, and after adding cycling and swimming has competed in a few sprint triathlons and three half-Ironman triathlons. While not training for an event, you can now find Stacie in the local CrossFit gym or reading a book. Stacie began with Girls on the Run Sonoma County as a coach, going on to coach multiple teams (for a few years, two teams each season) for 14 seasons and was a board member for over seven years and is currently the Program Director for Girls on the Run Sonoma County! She is the mother of a wonderful daughter, who after many seasons serving as the team "mascot," was able to actually be a Girl on the Run and who now swims and wrestles for her high school and also does CrossFit. Stacie is passionate about empowering young girls and their families.