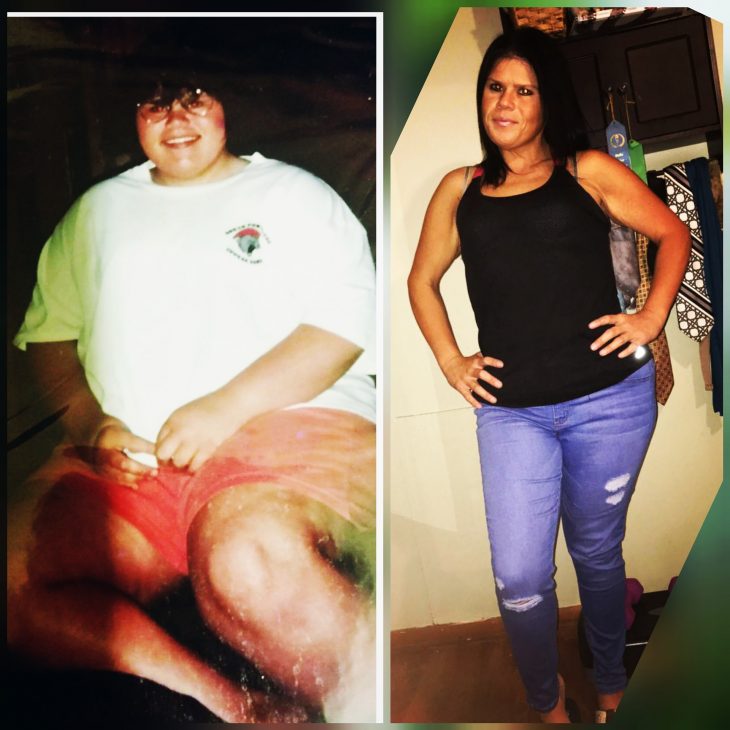 Dedication: To everyone struggling to lose weight and be healthy in a society who does not make it easy

My Story of Overcoming Obesity

I am strong and I am sucessful because I beat Obesity! Obesity is an issue that is very present in America today; and for the lives that it does not claim, there is a dramatic impact forced upon them. There are other terms that are harshly used in reference to the term obese, such as fat, ugly, gross, etc. Oddly enough, the definition of obese is to be grossly fat or overweight. I am certain from experiences of my own there have been other terms, that are not so pleasant. Obesity has played a very real and present role in my life’s journey, from as early as my teenage years.

Society has given girls with curves a complex by saying the only way to perfection is to be runway model skinny; and How does a teenage girl or boy struggling with weight issues respond? The response is given to society with teenagers turning to anorexia, bulimia, and sadly enough suicide.

As a teen I was 300 plus pounds; and even in adulthood, after having two children, I hit near the 400 pound mark. I was not obese; I was morbidly obese, and I lived every day, while taking 5 or more insulin shots, that it might be my last. I never felt like I would be anything other than the fat girl who had an amazing personality, which was a never-ending pursuit to make others smile and know their worth, while not realizing her own. Society told me I was fat, and I listened. Medically I was told I would not live another ten years at the current health status I was in, and emotionally I was defeated without even trying to fight.

Society defines obesity as fat, the medical field defines obesity as an epidemic, and I define obesity as a mental prison. This prison that holds your life captive and alters your mental, physical, and emotional state so much that it changes who you are as a human-being. Society will make you a statistic, or a target to the marketing of the diet fads, and gossip material for talk show hosts. I feel that it is so hard for so many obese people to change their health and lose weight. There is so much information that can be misleading. Weight loss programs inform you to spend large amounts of money with the promise of weight loss success, but fails to tell you that it is short term success. When your weight returns and your money leaves, so does their support.

Why are people obese? There is no simple answer, and not every answer is the same. For me personally, I was dealing with uncontrolled insulin levels; and The more insulin I took; the more weight I gained. I was too tired to exercise, and too hungry to not eat. My sugars were too low and too high to maintain a steady diet, and though I had an abundance of support, I was too defeated to care. I was fat and I would never be anything else. The mind has a large role to factor in also, in terms of why are people obese. Mentally a person has to acknowledge there is an issue and create an action plan to resolve it.

The 400 pound woman that I was, decided that there was no magic pill, no gimmick, and no force on Earth that could take that weight off without a lifestyle change, a healthy diet, and a plan of action, that would carry out all three. I realized that as a diabetic I would research the Adkins diet, and found that while it was not the perfect solution for my weight loss needs. It was a platform to begin my weight loss journey. I lost 260 pounds! I came off insulin shots completely. I now weigh 155 pounds. My journey is not over. I have won the physical battle; but many who has fought obesity, claim that the mental battle then starts. Accepting that you succeeding and seeing the results in the mirror are very hard for many, especially those who were subject to the cruel words of others.

There is most certainly an epidemic in America today with obesity, and there is a solution; but With any problem in life, there has to be a will to make a way. The solution for me was to fight for my life and live for my kids, and in order to stay motivated, I looked to them, NOT to society. I also had to realize that my children would follow in my footsteps, and I needed to teach them to be healthy, not to be skinny or what society says is right. The key to success with weight loss, begins with the person willing to find their motivation and fight for it.
Society does not make beating obesity easy. Society’s pressure on men as well as women to be perfect has created a path for eating disorders, depression, social isolation, etc. These issues can be just as deadly as obesity; This proving true for my 37-year-old cousin this past year, losing her battle with anorexia and bulimia. Society called her fat in high school, so she started a path of not eating, throwing up every bite of food she ate, taking laxatives, creating a war within her body and her mind. My cousin, by the name of Heather Austin, lost her life trying to be accepted by society.

The answer to obesity is not losing weight for love or acceptance. The answer to obesity is working hard to achieve a healthy body, so that you can live a long life with the ones who already love and accept you for the individual that you are. Obesity is a deadly force, but one that can be fought; and It is a battle we can be won through education and support in place of criticism and mocking.

There is a bias towards obese people, just as there is a bias towards addiction, because it is easier to judge rather than to understand. Everyone knows someone who is obese, just as everyone knows a substance abuse addict, but do they know what caused this addiction? Many obese individuals suffer from food addiction, to no fault of their own. Many addicts are so because of a situation in life, leading them to an addiction more powerful than them. The first step is finding help, finding support, and starting the journey to take control of your life. I am learning and encouraging others to do the same.