The Limitless Power of Girls 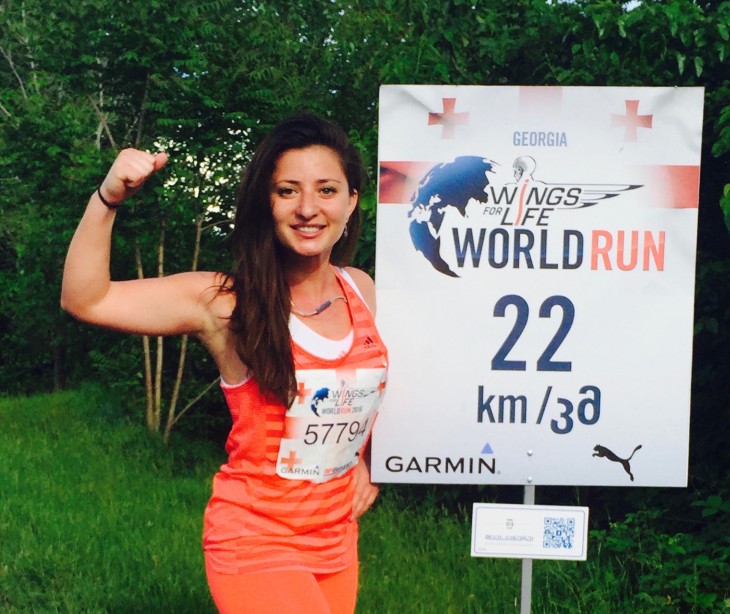 I first uncovered the inequalities and challenges that girls face at a very young age. When I was a girl, I loved basketball. It made me feel free, fast, strong, and in control of my own power and body when I played. But I learned really quickly what gender inequality means and how girls experience challenges that boys simply don’t. I was judged and told that playing sports was not something that girls do. I was told that it wasn’t “lady-like” and that nice girls are sweet instead of athletic. But I played basketball anyways. Because I was doing something that “only boys should and could accomplish,” it made me feel both exceptional and powerful but also rejected and discouraged.

As an adolescent girl growing up in post-war Georgia, I continued to uncover inequalities. Boys were considered intelligent and strong, and girls were cute and possessed an inherently “inferior intellect.” Girls were supposed to stay home while boys were allowed to have fun. Girls were told to keep their virginity for boys and boys could do anything they wanted.

It seemed like the inequalities for girls were abundant no matter where I looked. I started to realize that something was wrong, that there was a power trying to keep me down and that didn’t want me to be confident and strong.

As a young woman, I saw many girls around me forced into marriage and deprived of education. Other girls felt the social and cultural pressure to have children and become caregivers, usually without having any knowledge of how to control their own fertility. I talked to young girls in my community about the taboos, lack of education, and stigma around sex, sexuality, and unintended pregnancies. I was not able to close my eyes on the issues that surrounded me. On the contrary, I wanted everyone to know that girls are strong and have limitless power. It was simply unacceptable to me that girls were prevented from living out their full potential.

This is not only my story, but a story familiar to many women, both in Georgia and around the world. I became a young advocate because there was an innate discomfort with these apparent inequalities. I was empowered and hurt why many young girls are not given the opportunities to find their power, exercise equal rights, and most importantly, voice and express their needs and aspirations.

Through the years of overcoming the multiple barriers and fighting for young people’s sexual and reproductive rights and social justice, I realized I am fortunate to grow up with family and friends who taught me that I should believe in myself. They didn’t expect me to adhere to social norms. Despite being raised during war, my parents provided access to the best education available, while, most importantly, inspiring me to be who I am. For many young girls and women around the world, there is no option for school and these rights are non-existent.

I want to change that, and I work every day to do so.

This is why I am dedicated to fight the inequalities and continue to work to provide opportunities that give girls and women the platform to realize their true potential. There is no price that can be put on the empowerment of girls and women. This is why I played basketball anyway, and why I talked to girls about sex even when it was taboo. This is why I went on to become a doctor, and why I run marathons today. When girls challenge the limited opportunities that are presented to them and strive for something bigger, they are shattering the norms that keep them down.

I am always inspired by other women and I am dedicated to dismantling structures that make girls feel powerless and worthless. The voices of girls must be heard, and girls should be given opportunities to learn and uncover their excellence and the exceptional qualities they bring to the world. I believe that empowered girls are central to equality and peace, and the only way that girls can make change is if they can access their limitless potential.

Gvantsa is a medical doctor and human rights activist. In her role as advocate she works to strengthen the current critical health and human rights challenges and ensure an appropriate national and international policy and program response. Currently, she works as public health expert for health and human rights projects; “Bridging the gaps: health and rights for key populations” funded by Dutch Ministry of Foreign Affairs, in cooperation with the AIDS Foundation and Safe Blood State Program for National Center for Disease Control and Public Health. Gvantsa served as a World Contraception Day Ambassador 2015-2016 for Eastern Europe and Central Asia. Thought this initiative she is implementing a project in Georgia using creative digital storytelling techniques to uncover the realities that young people in their communities face when trying to access their sexual and reproductive health and rights, particularly contraceptive information and services. Previously, Gvantsa worked in a different public health programs, such as USAID Tuberculosis Prevention Project, reproductive health project with national Planned Parenthood Association, cancer prevention program with the National Cancer Center and youth healthy lifestyle education with UNFPA Georgia as well as consultant for the Humanity for the Children in Rwanda. Gvantsa also serves on various national and international boards; she is Women Deliver Young Leader and One Young World Ambassador from Georgia. Gvantsa has strong passion for international development, strengthening public health systems, youth empowerment and education, women’s rights, and social entrepreneurship. She earned a Doctor of Medicine (MD) degree from Tbilisi State Medical University as well as a Master in Public Health (MPH) from the University of Missouri-Columbia in the United States.