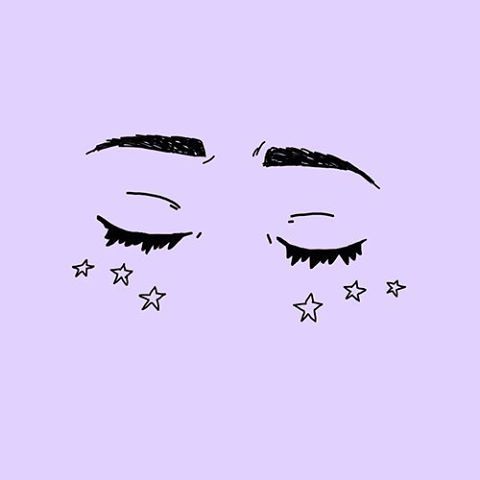 I began having seizures in the second grade. I remember my first one still very clearly. I heard my dad in a panicking voice saying my name and it was constantly echoing. I also saw pitch black with bursting colors. When I finally got out of it, I was laying on my parents bed, as my mom was lacing up my shoes. I thought this was a thing that would happen when you broke an arm. I asked my mom if that’s what is was. Of course, she said no, but she still didn’t know what was happening. My parents thought I was dying, which of course they didn’t tell me until later on. Everything else was a blur, but I do remember my parents driving me up to the E.R. and my dad carrying me in. I was rolled around in the hospital bed for hours doing all different kinds of testing. Finally, the doctor told us that it was a seizure, without knowing the cause. But, they did tell us that it wouldn’t happen again. Six months later, I had another seizure. As I sat on the porch with my mom, I started crying and asked her what was going on with me. At the time, she didn’t have an answer. Later on, I did more testing and was diagnosed with childhood Epilepsy. I was put on medication and over the next couple years, I still had seizures, tried different medications, became agitated, experienced dizziness, and was easily confused.

In the sixth grade, I outgrew the seizures and got off the medications. But, before sixth grade, my parents got divorced, and toward the end of sixth grade, I began hallucinating. My peers distanced themselves from me and because the school couldn’t handle it, I wasn’t allowed back. I felt so alone and began self harming.

Seventh and Eighth grade were better, I had my first kiss with the sweetest guy, made new friends, and got my grades increased.

Over the summer, I took an art class at this school, where my sister introduced me to her friend. At first, I wasn’t really too fond of him, and my sister wasn’t really interested in my friend that I was around. But actually we kind of did this weird flop. I started dating her friend and she dated my friend. They were both really unhealthy for us. Starting ninth grade, My boyfriend (ex), started playing games with me and broke up with me. I was very dependent on him that I told my school counselor that I was going to commit suicide. I was sent to an impatient psychiatric unit. I met my current psychiatrist there and was able to maintain. After a week, I discharged. I was still around this guy and I felt so badly about myself. A few weeks later, I self harmed badly. My mom and step dad took me back to the same hospital. My treatment team and parents decided that I should go to residential. I was there about two months and left on Valentine’s Day. Honestly, being there wasn’t so helpful, we barely got to go outside and my therapist didn’t have the tools that other therapists I met have. I went back to school, and started an intensive outpatient program. I did that for months and I did graduate the program but, I did struggle a lot. I started binge eating and continued to lie to parents. I would also try to be around my ex boyfriend.

Starting tenth grade, I told myself that I would start fresh, but I was so fixed on getting my ex boyfriend’s attention and I tried a lot to get it. Self harming, purging food, isolating so he comes to me first, lying to my parents so I can hang out with him, but whatever I did, he just didn’t care. He would constantly break up with me and then try to get back together. I just felt so bad for him because of his family situation, but I would make excuses for his behavior. Last time I talked to him, he told me to kill myself. I felt so lost with myself and then I started copying people’s personalities so I could feel complete. Whenever I couldn’t find someone to copy, I would feel suicidal. At school, I said I was going to commit suicide. My mom picked me up and took me to another hospital. I was there for a week and discharged. When I came back to school, I found out that my friend from outpatient therapy completed suicide. I was so confused and angry and I felt so alone and just done with everything. I threatened suicide and my dad took me back to the same hospital. I was there for two and then went to a wilderness program. At first I enjoyed but then things got bad. I hurt myself in front of the group and had to get stitches. When I came back to the camp, I wasn’t allowed to be around the group. They also wrote me letters about what happened and how I impacted them. The letters were pretty hurtful. I felt alone and so bad. I just didn’t want to try anymore. A few weeks later, I was sent to a hospital and was there for a week. I went to another state and got sent to an assessment place. I felt really good there. I had amazing staff and peers supporting me. After a month, I tried attempting suicide and went the E.R. I was there the whole night but then went back to the assessment unit. After another week, I went to another state for residential care. I was doing pretty well until I had to get stitches again. When I came back, I wasn’t allowed to talk to the group and a staff had to be within arm’s length. I felt so awful, I started hurting myself again and got sent to the local psychiatric hospital. When I came back, I got in restraints constantly and wasn’t allowed to sleep in my bedroom. I was sent back to the the hospital two more times and then the residential dropped me. I went to a university hospital and assessment unit. I did so well too. I got to the highest level and went on outings. I felt really supported there, even though I did have hard times.

I have been back at home for a month now. I’ve reconnected with my friends and family. I also started yoga. I’m also going to a new school soon and starting support group. I’m excited I am getting another chance to live my life. I’m excited to continue my journey, do new things, and lead a healthy lifestyle, as well as work on helping myself. “Everyday may not be good, but there is something good in everyday.”

Just a girl wanting to inspire others, travel, and become a nurse.