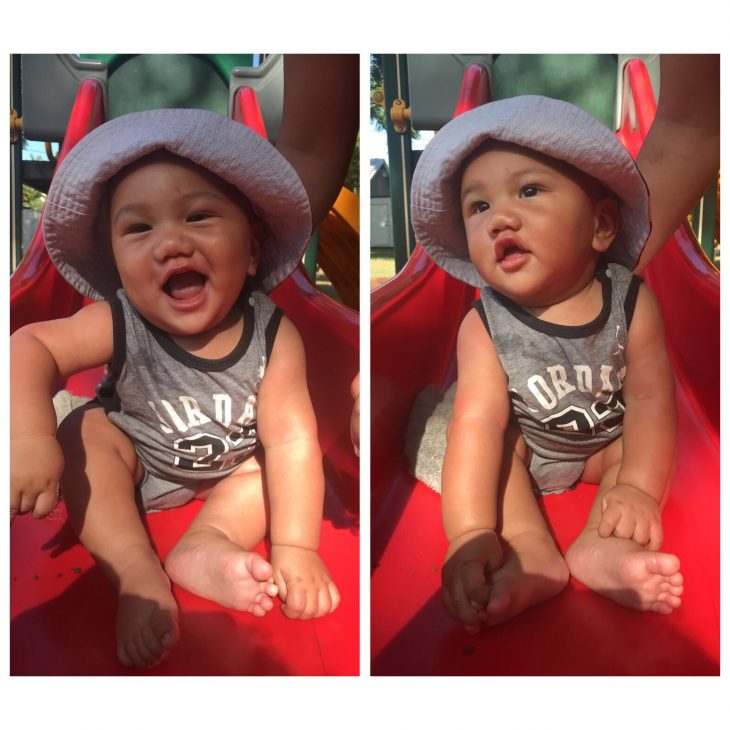 My Name is Tai. I’m a 19 year mother to my beautiful son. But for 8 months of my pregnancy, no one knew I was pregnant because I couldn’t tell anyone.

I was 18 when I got pregnant and when I found out I had no one to tell but my bf. I played two Indoor netball National tours in Adelaide when I was 16 weeks pregnant and another in Perth when I was 8 MONTHS pregnant. The day after I can back from Perth I told my mother figure in my life, who stepped in for me when I my real mum died when I was 16. She took me for a scan and back to tell my dad, my sisters and my brother. He was so upset and her about it that he kicked me out and told me I was never allowed to bring my boyfriend back to his house ever. I was forced to move in with my sister and 1 month and 1 week later, my little man Eric Vincent Browne TouAriki was born on the 2nd of October.

Everything was good. One week after he was born, I was forced too leave my sisters house because of an argument that took place about when I moved in. I’m so grateful for my boyfriends family. They took me and my baby in with open arms and allowed us to live in there home.

But I’m still not happy. I’m jobless, 19 years of age, I play netball everyday, and I’m a full time mother and homemaker. I’ve had no luck in finding a job where I can stay home with my son, well no jobs that DONT require an investment. My son and I are relying on not only my boyfriend and his family but also my sister and her husband support us too.