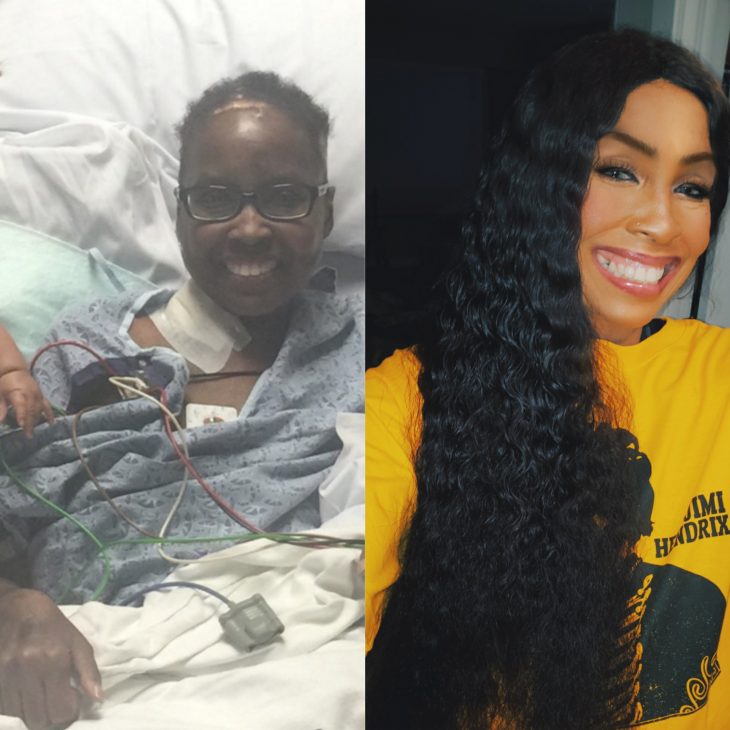 Dedication: To everyone who is struggling

Hello, my name is Tiffany Nelson.

My passion for mentoring teen girl’s and donating free prom dresses dates back when I was a teenager myself. As a little girl, I’ve dreamed of attending prom. I imagined me wearing a beautiful ball gown and a sparkling crown as I twirled around the dance floor.

When my teenage years approached, and I entered high school, I was so certain I was going to prom, fulfilling my childhood dream until my sophomore year in high school came. The summer of 2000, preparing for JV dance rehearsal, I became ill.

I thought, maybe I overworked myself so I brushed it off and went about my day.

As the days were coming and going, I became more ill and was suddenly taken to the hospital. Tests were ran and i was sent home with medication and instructed to get some rest. Going to specialist, hospital and ER trips, no answer of what’s going on with me.

No diagnosed other than just get plenty of rest. My mother was extremely tired and fed up, but wasn’t giving up! August 23, 2000, I turned for the worst, I was going into kidney failure and wanted to give up. Waiting hours and hours to be seen, the doctor finally came in and told my mom I had SLE= Systemic Lupus Erythematosus.

My mom was stunned because she knew what lupus was and didn’t think I would be diagnosed, but I had no idea what lupus was. I was hospitalized for 10 days and was released on my sweet 16 birthday. Having prom on my mind, I still had hope that I’ll be going to prom until I was hit with I have to be home schooled, because my immune system is too weak to be around my peers. A dark cloud came over me and I burst into tears.

I didn’t want to listen and forced myself to attend school. I felt I betrayed my friend’s, my dance team and went into silent mode. Although I graduated from high school, I still carried a heavy heart because I missed my childhood dream.

I spent 6 months in the ICU because my lupus went into a flare up. During my setback in 2016, I slipped into a coma 3 times, placed on life support and was given only a small amount of time to live. I became paralyzed, weighed only 99 lbs and placed on chemotherapy, dialysis and medication’s. I was diagnosed with congestive heart failure and my heart was functioning only at 10% along with 2 blood clots in my left lung and lost majority of my memory.

August 2016, I was well enough to go home confined to a wheelchair.

I had to learn how to take care of myself and learned my alphabets, counting and speech therapy by watching YouTube videos on my own.

Therapist have given up on me and told me I would never walk again until April 19, 2017, the day I taught myself how to walk and now i’m standing here telling my story. I’ve learned that, God puts us in situations to test us, He doesn’t give you more than you can handle. I told God, I give up, but he told me, I can do all this through him who gives me strength. – Philippians 4:13.

He woke me from a coma, because he knew my job wasn’t done. I was placed in this position to be the light that makes girls dreams come true. It was his way of healing me. Giving these beautiful girl’s their prom dresses makes me feel as if I’m going to prom. My purpose is to be a giver and a cheerful one and to provide them respect and honor. If God will’s it, I will continue to help girl’s twirl around in their ballgowns like I dreamed about. Beating the odds of my setbacks, I’m so proud to be in remission with both lupus and heart disease and my heart is beating at 100%. From taking over 20 pills everyday down to 5 pills a day. No dialysis or chemotherapy, but faith in God and his word. From a wheelchair and now being a Able to run 2 miles and was asked to join a 4k run for lupus awareness month in may, my question is always what wheelchair?

God has shown me my passion for being a mentor to these girl’s. The reason why I couldn’t attend prom because he wanted me to help other’s go and my blessing to continue to be a light in their dark place. It’s truly a blessing to see their happiness because, it makes me happy.

Although I have a passion to help other’s, i have a passion for theatre arts and determination to pursue my career on Broadway. I fell in love with Broadway at a young age while performing at my school play. At that moment I knew I wanted to become a performer. I want to be the first person with lupus and heart disease to achieve my dream on Broadway and show other’s who are battling there is hope. If you have a pulse, you have a purpose. Although being on broadway is my dream, opening a Theatre arts school for special needs children is also an achievement I’m pursing. I want to help and show children with special needs, that it’s ok to have a dream while battling an illness.