All of the Red Balloons 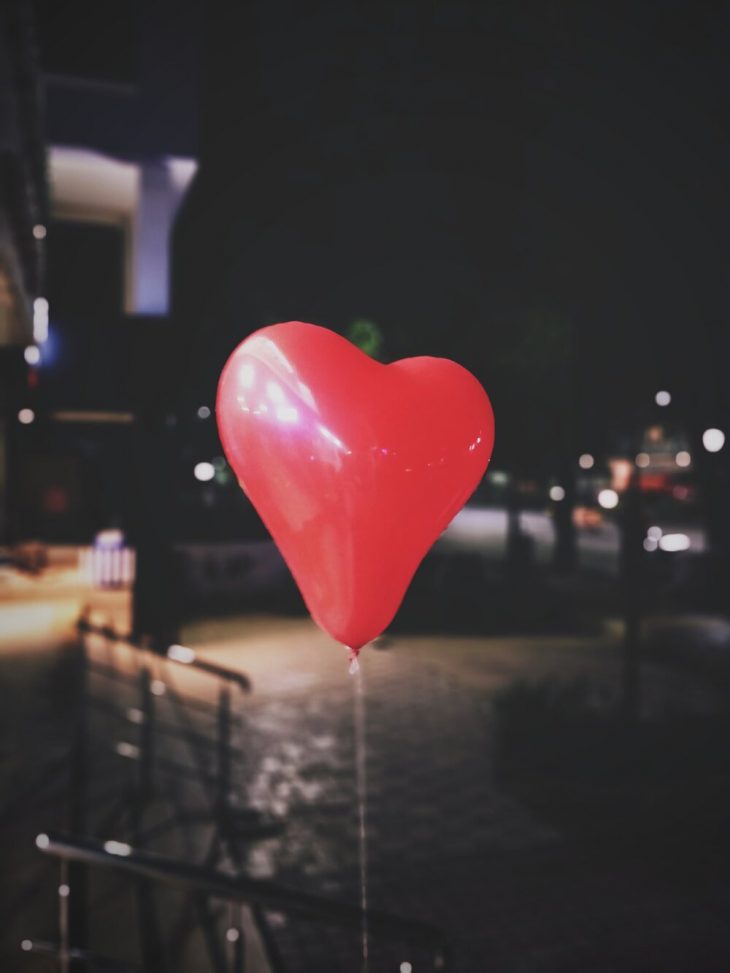 Without giving it too much thought, I signed up to spend spring break my freshman year of college volunteering at Belle Reve, a New Orleans home for people living with AIDS. It was 1998. When I saw the flyer for my university’s spring break service trips, I was initially enticed by the promise of only having to pay $50 to spend a week in New Orleans. But I was also drawn to being with people whose lives were different from mine, particularly those who seemed to have been written off by society. I suspected we all had more in common than the world had us believe. Upon my arrival at Belle Reve, though, I second-guessed myself. I had come with several other students, and on our first day, each of us was assigned a different task. The house manager pointed me down a dark hallway and instructed me to knock on people’s doors to see if they wanted company. I was very shy and scared to disturb people. Who was I to disrupt their peace? Should I even be there?

As I stood frozen in the shadows, I recalled holding my mom’s hand in the hallway of the Mother Theresa nursing home, where she regularly volunteered. I remembered the pungent odor of medicine and cleaning powder, the echoing clack of walkers and canes, the vibrant sunlight filtering through the curtains and pooling on the green tile floor. With my little sister and I in tow, my mom would walk from room to room, knocking on doors to see who felt like visiting. If people didn’t want a visit, they simply wouldn’t answer. And if they had been longing for company, their delight at the sight of us was infectious. I couldn’t have been more than five years old, yet I remember the residents clearly. The 89-year old identical twin sisters whose white curls bobbed as they bickered and competed for our attention. Johnny, the impish 90-year old man who wore sweater vests and cracked jokes and always invited us into his room to play cards. When my mom wasn’t looking, he’d slip me cough drops as if they were candy. We had no relatives there. But my mom volunteered through our church to drive elderly people on their errands. Since my sister and I were not yet in school, we were always along for the ride. One day a woman asked my mom to take her to the nursing home to visit a friend. While there, my mom saw the joy and energy that the presence of small children infused into the place, and she began to bring us regularly.

Thinking of her, I took a deep breath and began knocking. The first person to answer his door was Chris, a lifelong musician. A budding guitar player myself, I was relieved that we had something in common. We strolled out to the shaded back porch of the pastel Louisiana house, and Chris strummed Neil Young’s “After the Gold Rush” on his guitar, altering the lyrics to say, “I was thinking about what a friend had said. I was hoping he was alive.” I wondered who was on his mind as he sang that line. Thinking back, I wish I had asked him.

While I was there, I played with two sweet children who lived at the house with their young, soft-spoken mother JoAnne. I went to the park with James, a painter who was losing his eyesight. He wove me a flower crown and laughed with delight when I refused to take it off. I turned 19 that week. The staff and residents of Belle Reve baked me a strawberry cake and sang to me loudly, their joyful chorus rising above the kaposi’s sarcoma, the wasting syndrome, the stigma, the unknown. I stopped wondering whether I belonged there.

Every time someone died, there would be a memorial for the residents and volunteers to attend. We’d stand in the street and release red balloons into the gray Chicago sky. Some ceremonies were bittersweet. Richard was a middle-aged gay man who had lost nearly every friend he had to the epidemic in the 1980s. I sensed that death released him from physical suffering into a joyful reunion with the loves of his life. But for others, there was no sweetness in death. I remember Calvin’s anguish as he lay dying in the now-defunct Michael Reese hospital in Bronzeville in 1999. A pair of rats ran across my feet and into the leaves as I walked up to the hospital entrance that fall night. It was not a comforting place. Calvin was my age. He was infected by a childhood blood transfusion in the early 1980s. He never had a normal life. He would not live to see 21. And he was angry. Why him? He poured his rage out to me, and what could I say? What words could possibly ease his pain? All I could do was look him in the eye, one kid holding the gaze of another. One kid holding the hand of another. One kid praying for the other to find peace. Kissing him goodbye. Sobbing on the bus ride home as strangers pretended not to see. By the end of the week, Calvin was gone.

What does it do to you to attend memorial after memorial when you’re 19, 20, 21 years old, between study sessions at the library and work shifts at the athletic office and parties and classes and basketball games and dates? I felt that I was straddling two worlds, that the divide could tear me in half if I wasn’t careful. I grew discouraged by what I bore witness to each week: the physical suffering inflicted by opportunistic infections and side effects, the emotional toll of discrimination and isolation, and the constant presence of death. I felt powerless and angry and fought waves of resentment for my seemingly carefree peers. People were suffering, and far too few seemed concerned. For awhile, rage fueled my advocacy. I helped coordinate an on-campus display of the Names Project AIDS Quilt each year, and I wanted to scream, “Look at this! Look at all that’s been lost! LOOK!” But over time, as I grew closer with the residents of Bonaventure House, I relaxed. Love began to overwhelm my anger. My burning desire to change the world melted into a realization that I only needed to open myself up to transformation. For as much injustice as existed in the world, there was always more love. And the love was mine to have and experience if I was willing to embrace heartbreak.

I embraced heartbreak and found myself surrounded by teachers, mentors, and friends who had come face to face with death, a reckoning that altered them in beautiful and mysterious ways. I felt God’s presence in those who had been stripped of material, physical, and social wealth and distilled down to their essence. In them I sensed an otherworldly transcendence. The music to which their hearts beat seemed out of my range. But I tried to march along, and eventually I fell in step. Week after week, I practiced showing up to the possibility that another friend had taken a turn for the worse. I practiced accepting what was and what would never be. I practiced finding joy where it is easier to spot despair. I practiced loving, and I practiced letting go.

I’m still Facebook friends with one of the people I knew from the house. He was a local musician, and we realized when we ran into each other at a show one night that we had mutual friends in the industry. He’s married with kids now, living out of state. Many of the others are gone in the physical sense. But I feel them sometimes, like guardian angels dancing in the periphery of my vision. They helped shape me. They are woven into my DNA. That’s the thing about letting people into your heart. Once you love them, you never fully let them go.

~
Photo credit: Photo by Pushkar Girme on Unsplash and included by the storyteller

Elizabeth Futrell lives in Chicago with her husband and two daughters. She contributed to the anthology Roar: True Tales of Woman Warriors and is working on her first full-length book, a memoir. She is the director of the Ci3 Transmedia Story Lab at the University of Chicago.