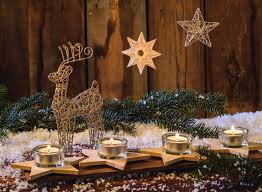 Dedication: I would like to dedicate this story to all the people remembering the curious child within for Christmas

Every Christmas, my father brought home several large beautifully decorated candy boxes that he had received from customers.
He gave these boxes to my mother for safekeeping and she stored them in their liquor cabinet which was off-limit to us children.
On the backside of these boxes were pictures of incredibly delicious and tempting looking chocolates – however, we were told that these sweets were for adults only.
When a box was empty, I was sometimes allowed to use it for personal treasures such as pictures I collected.
I was 10 years old and curious as a kitten and I felt it was time to find out what the mystique behind the chocolates in these boxes was.
An opportunity arrived when my parents were both at work and my brother was playing outside with his friends.
Perfect timing!!
I quickly chose the largest most beautiful box, decorated with a “dripping” heart, a red rose, and lots of glitters.
My heart was pounding with excitement and maybe a tingle of fear when I very carefully removed the plastic slip around the box, making sure it didn’t break.
I worked fast and focused, not allowing my conscious to interfere with the upcoming pleasure.
I would deal with that later.
And here it was – finally – 24 chocolates, beautifully decorated arranged in little golden molds.
And they were all mine – at least that’s what I wanted to think at the time.
I quickly bit into the first piece and savored its unusual but not unpleasant taste.
Most of the chocolates were filled with a strong but sweet-tasting liquid that came gushing into my mouth as soon as I took a bite.
Awe – This must be the way a grown-up feels.
I had seen the ladies on TV lying on the chaise eating out of a box just like it.
So, I did the same.
I pretended to be one of these ladies and felt quite grown up eating each and all of the chocolates.
My head started feeling a bit funny, and the world around me started spinning.
I quickly got to work covering my theft. The box felt very light without the chocolates and something needed to replace them.
I was always very inventive and so, as a substitute for the candies, I dropped a large Hazelnut in each of the golden compartments then carefully replaced the wrapping onto the box.
I believe I slept for the rest of the day and since this was unusual for me, my parents thought that I was sick and forgave me that my chores were not done that day.
About a week before Christmas my mother wanted to take a gift for a holiday function they had in her office.
Each person had to bring a Christmas gift for a colleague without the presenter to be known.
I heard her telling my father that she would gift the large box with the liquor chocolates and that she believed it to be a great hit.
You all might be able to guess what came next – well, my mother’s colleague loved the box so much, she wanted to share with everyone in the office and opened it right there.
To her amusement and surprise, there were no chocolates as expected and my mother remained anonymous with her gift.
When she came home that night she was furious and told my father about her experience.
My father kept glancing at me suspiciously but there was no convicting evidence.
I thought I got away with it, especially when my father gave me my very first box of chocolates on that Christmas Eve.
I eagerly opened it and to my surprise – it was filled with NUTS.