You Have The Power To Change The Ending… 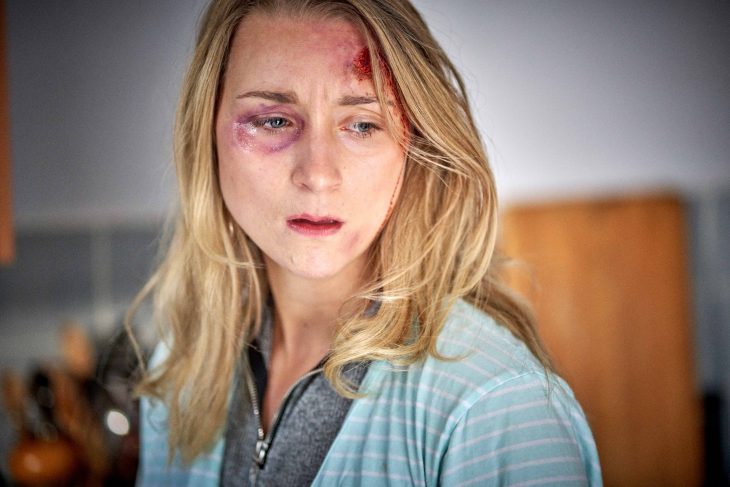 Dedication: I would like to dedicate this story to all abuse victims who are currently experiencing abuse.

My name is Kaitlyn Lorraine Boxall, and I am an independent British Film Director.

I actually started off in a women’s refuge at just 3 weeks old, due to my Mother fleeing domestic violence of my abusive Father.

I survived life at the hands of a violent father, thanks only to the bravery and love of my mother who protected her while pregnant from domestic abuse.

This part of my background, and how I started out in this world, has always been a motivational boost for me. To prove, you can achieve anything if you are passionate enough to do so.

Due to the outbreak of covid19, I realised so many women and children had lost their lives to domestic abuse. People have been forced into their homes for the sake of their health. However, home is not a safe place for everyone. Domestic abuse calls have significantly increased in the past year since the first UK lockdown.

I have recently released a film called, ‘Behind Closed Doors’, which has gone international and helped so many people around the world who have suffered it or are currently experiencing it. The film was written, directed and produced by me (Kaitlyn Boxall), and contains personal segments throughout, relating to the abuse my Mother experienced. The film was not specifically based on my Mother, as I altered it to fit everyone else experience, allowing to to hold relevance to other domestic abuse cases around the world. Nevertheless, it was still important for me to leave traces of my Mother’s experiences across the film, showing the personal aspect of the film being inspired by a true story.

My Mother was with my Father for 2 years. He begged for children, so she became pregnant with me at the age of 30. Her domestic violence begun once he had full control. She left her job, (looking after 72 elderly people) as she fell pregnant. She lived at his flat in Thornton Heath (London Borough of Croydon), throughout her whole pregnancy. This is when the violence started, so my Mother’s abuse continued throughout her whole pregnancy. She could not escape until I was born. My Mother and I talk about it now.

My Mum always remembers my Dad saying to her, “I will not be happy until you and the baby in your stomach, are in a coffin.”

‘Behind Closed Doors’ is an independent British film, which is based in London (UK). The film is the story of an abused woman, Lisa Crawford (portrayed by actress, Holly Prentice), who is trapped in an abusive marriage and finds love and support from a counsellor, (portrayed by actor, Vasile Marin).

The independent film ‘Behind Closed Doors’ was developed to raise awareness and empower victims of domestic abuse to escape their life of violence.

To my surprise, the film has received a lot of attention and news coverage. Due to viewers asking for a second film, we have decided to push a sequel into production of which we are currently in the process of filming.

The film has been mentioned by various newspapers, film review sites and even video reaction on YouTube. Online Subscription companies have also taken an interest in the film, because of the harsh realism it reflects of the covid19 pandemic.

Due to the massive amount of responses to the film, I am now producing a sequel! BEHIND CLOSED DOORS 2 – Sequel: Behind Closed Doors 2, explores Lisa’s struggle with domestic abuse throughout the period of the covid19 lockdown. Lisa loses her access to appointments with her counsellor, Aaron, due to the coronavirus outbreak. Counsellor, Aaron, pays a visit to Lisa’s house after receiving a distressing phone call from Lisa’s friend, Alison. The sequel focuses on how victims lose their access to support and how domestic abuse has amplified during the lockdown. In the sequel, Lisa makes her choice whether to stay with her abuser or leave for the safety of her children.

If my film and story, can save at least one person’s life, then I know I have achieved that. To all victims who are living with domestic abuse, before lockdown and during, I promise you that there is hope! Material things do not matter, the big posh house, the out lookers looking in, thinking your life is perfect. The psychological affect is devastating. Get out, and do not be ashamed to ask for help. Peace of mind is invaluable. You CAN start again, and you WILL.

The rates of domestic abuse have spiked since the start of the COVID-19 lockdown, and it is horrific. Mum was very proud of the film, but it was a hard watch for her. She wants to plead to every woman, that you can get out of it!

Twenty years ago, there was very little help. She spent two years in a refuge, and today she now says, ‘To leave your house keys on the table, and go to a refuge is tough. To live a lifetime of abuse, where your children see you being beaten, is far, far worse.

My mother met many women during her time at the refuge. She is so thankful that I was only three weeks old. So, I, myself, do not hold any memories of those dark times. Many women in the refuge, had older children, who had already witnessed so much.

I pledge to any victims; do not let your children witness such horrific actions of violence. I understand it can be difficult, but a lifetime of abuse can be changed to a lifetime of happiness. You can do it! It is heart-breaking, as you probably still love your abuser, because they make it seem normal. You end up knowing no different.

If you have not seen the ‘Behind Closed Doors’, and are interested in watching it…
You can access the first film via Mulat Media! You can also check out clips, trailers, sneak peeks etc via my youtube platform; Ginger Paradise Productions. This is where I produce all my film work, and help to inspire others!

My full name is Kaitlyn Lorraine Boxall and I am a independent film director, film producer, writer, editor and professional artist. I live in the United Kingdom with the London Borough of Bexley.