The Power of Sexuality Education 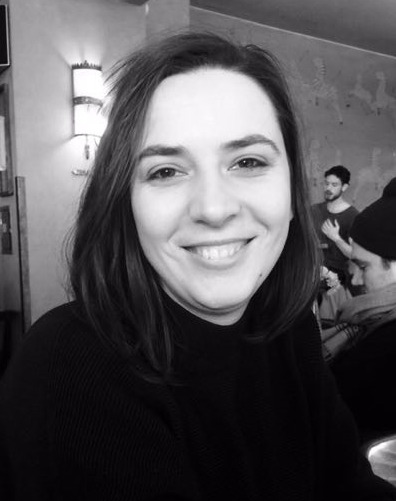 I am 28 years old and I grew up in Bucharest, the capital city of Romania, an Eastern European country that got rid of communism the year before I was born. My parents’ life was fundamentally different than mine. They lived their younger years in a closed society based on fear, and considered family and hard work to be their core values. Contraception was not available and abortion was criminalized. Relationships quickly turned into marriages and, soon after, into parenthood. Most social gatherings were taking place behind closed doors and, of course, there was no internet. My parents didn’t even have a phone at home until I was about five or so.

My life has been different. I was born a few months after the revolution. I am part of the first generation to live in the democratic and capitalist Romania we know now. I was very lucky to have open-minded parents, who quickly adapted to the new realities and embraced them positively. Still, to some extent, my teen years and my transition to adulthood were not so different from theirs.

I grew up feeling ashamed and somewhat guilty of my body, receiving too much unwanted attention. From colleagues at schools to strangers on the street, it seemed totally natural for strangers to slap my behind or catcall me. I knew this was not right, but also didn’t realize that it was not my fault. I clearly remember one day, in secondary school, when a classmate lifted my skirt. I immediately complained to our teacher, but the teacher didn’t seem bothered at all and said that it was normal for boys to be curious.

Later, when I started my sex life, I had a feeling everybody on the street could tell. I didn’t feel like I did anything wrong, but still, the idea of my parents finding out was terrifying. We never talked about sex in any other way than something I was supposed to avoid until later. When I went to my first gynecological visit, I was accompanied by my friend’s brother, who knew where to go and who to speak to for a consultation. The second time I went to the gynecologist, I received a treatment that I had to do without my parents knowing, as they would have realized that I had started having sex. Some years after, I had to use emergency contraception, and for a long time, I was afraid it would affect my fertility.

Until one day. One lucky day in 2013, I applied as a volunteer for the Society for Contraception on Sexuality and Education and it changed my life. It opened my eyes to the lack of information that young people face and how different things could be. The people I met there (adults!!) were so open to discussing sexuality in a positive way that it took me a while to realize that it was possible to have another attitude towards well-being and self-care. After being trained, I started going to schools to give sexuality education workshops. During my first class, I was so nervous that my heart rate was fast and my feet were weak. I was so sure that nobody would listen to my colleague and me. But I was pleasantly surprised. After a round of laughter, even the most uninterested pupils started paying attention.

I continued in the field and was eventually hired to coordinate an entire network of young people working on comprehensive sexuality education at national and regional levels called YSAFE. Today, I still volunteer, now for YouAct, an organization of youth advocates who are doing their best to make sure young people get the attention they deserve when it comes to their sexual and reproductive health and rights. I have met so many passionate young people who think and act the same as I do, and I am hopeful I will see a fundamental change in young people’s access to sexual health information during my lifetime.

As a young woman, I believe that comprehensive sexuality education is power – the power to know who you are, to do what you want, and to believe in the future.