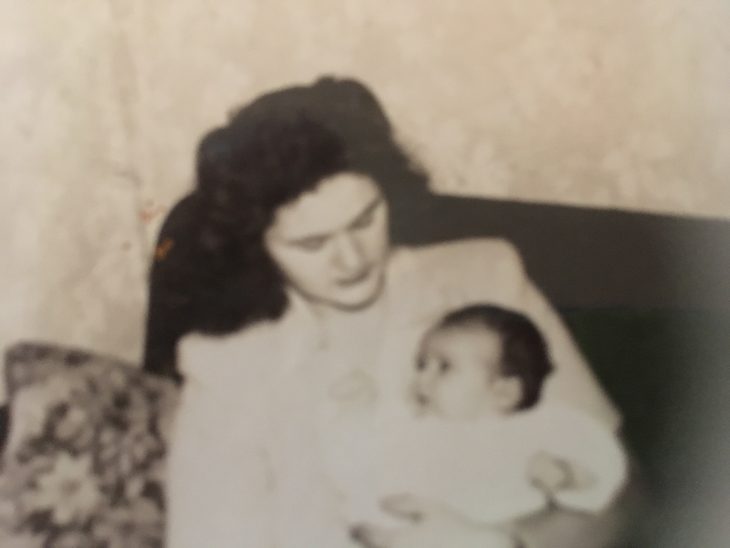 I’m a grandmother now, and I have a story to tell. It is time to “say it forward”.

Childhood is meant for innocent and happy times, but after age four mine was painful. There were many days when I felt I could not live to graduate from high school. The fear was often unbearable, and each day was filled with another incident that confused, hurt, or created deeper feelings of aloneness. It took me years to recognize the gifts of my childhood. Now I know they nurtured me enough to keep me from giving up.

My life began with a near-death experience, and this became my spiritual underpinning. I’ve had a sensory memory of this NDE since I was old enough to know what a memory was. At birth, I went to a group of spiritual beings. I recognized them at once and loved them with every fiber of my being. They asked me if I wanted to live this life. I told them that things were more challenging than I expected, and I didn’t know if I could complete my life mission. I decided to stay “because my family needed me”. And, with that, my new life began.

My mother was single and seventeen years old when I came into the world. She tried to hide the identity of my birth father and that left me feeling unwanted and unsafe: trust is the most basic need for an infant and young child. I didn’t understand how I could have three different records of birth with three different last names? The birth certificate my parents used when I entered school identified my adoptive step-father as my birth father. I remembered the adoption, so I guessed the story they told was not true. The second birth-certificate listed my mother’s maiden name, and a third did not reveal my birth father’s identity but included his last name. My mother told me the name she’d listed was false and made up to satisfy her parents. However, the name was authentic and at the writing of this story, I have plans to meet two members of my birth father’s family.

The GIFT: I lived with my grandparents for the first four years of my life. They played with me and nurtured me. My uncle was fourteen and acted as if he was my big brother. We lived on a farm with gardens, chickens that kept us in fresh eggs, and an apple orchard that provided the apple butter I loved. A river was the boundary of the farms lower gardens. Some of my cherished memories are of watching the flow of water and wondering about the occasional boaters as they floated by. It brought me such peace, even as a child. Each spring orange lilies would bloom in the low area behind the house. The flowers were densely packed into the narrow ravine and were a spectacular sea of orange every year. We owned a workhorse who lived in the pasture field across the dirt road. His job was to plow the fields and plow out the rows where we planted the seeds. Occasionally, my grandfather would lift me onto his back, and we would walk up the lane to the pasture field. I also had a best friend–a dog that I played with every day. Even though I moved away soon after my mother’s marriage, we returned, and their home was the home of my heart until I left for college. I played there as a child. Helped with the gardens and with canning. I can’t thank my grandparents enough. They were my rock when life got shaky. They were my confidants when life got scary.

My stepfather brought chaos into the family, not by design, but by circumstance. He was much older than my mother who had a 9th-grade education. He was college educated. When I met him, he was the regional manager of a chain of discount department stores. Things were not perfect, but I don’t remember the small abuses that occurred, I only know the stories that were told to me later in life. The real abuse began when he resigned from his job, so my mother would not have to move each time the company asked him to open a new store. He hated life without his lifelong friends and the job he loved. But, he adored my mother and stayed with her and tried to weather the storm inside him. During this time, age 6 to 10 or 11, I was strangled to the point of near collapse, knocked across the kitchen floor by a fist to the side of the head, and beaten with a switch by my mother to the point of raw and bleeding wounds. The greatest abuse was the little traps that were set to catch me opening and closing drawers while putting away my father’s clean laundry. His drawers were obsessively organized. If anything was moved the tiniest bit, the earth stopped spinning and my world went dark.

The GIFT: My stepfather brought with him many gifts. It took me years to realize how much he had given me directly and indirectly. Without him, I would not have become the first person in my mother’s family to achieve a college education. He gave me aunts and uncles who were role models and a cousin who was the maid of honor at my wedding. The best gift of all was my great uncle whom I adored. His gentleness and understanding warmed my heart. He saw me for who I was, and I treasured my time with him. I felt important and worthy. Without this man, I might have remained that timid, fearful, unworthy little girl. With him, I felt enough worth to keep trying.

The never-ending fear was one of the hardest things to overcome. My body became used to a hyper-alert state and after a while, it became the norm. One of the thing I feared the most was the horrible, hideous nightmares. So real. So terrifying. Those nightmares ended up being a key to my biological heritage, but at the time they were numbing. Somehow, in the spirit of youth, I was able to get up every morning and go to school. I went through the motions trying to pretend to be a normal young girl. I graduated high school. Had friends. Went to college. But, my soul was scarred and sad. My emotions were strong and debilitating at times.

The GIFT: I was intuitive. My family learned this secret when I was about 10 years old. It was Christmas Eve, and like most kids, I wanted to open a gift. My grandmother finally said yes on the condition I could tell her what was inside the package she handed me. I held the package – looked at her and said, “There is a green book inside”. The room went silent, and I opened the package to find a green photo album book. I still have it. My intuition opened other doors. One of them was a window into the afterlife. Each time a family member died, I knew it immediately. Sometimes I sensed their presence as they came to say goodbye. I was about 13 or 14 when my uncle came to me after his sudden death – every night for weeks. He wanted me to help him get home to his wife and children, but I did not know how to help him. He was dead. Now I do know how to help him get to his spiritual home, and I did! One of the greatest gifts was my ability to channel piano music. I knew the music was a spiritual gift to ease my stress. I was not a pianist, but a young girl with only a year of training, Yet, I’d sit for hours, playing one melody after another, getting lost in the sounds.

There were other GIFTS in my life. My ninth-grade civics teacher who taught me responsibility and worth. The minister of the neighborhood church and his family who took me into their home for a few months. Special friends from my youth group at church. A friend who knew my story. My high school buddies. A psychology professor at my college who became my mentor and friend. The women at Adult Children of Alcoholics who understood and helped me begin a spiritual recovery journey.

My Message and GIFT to You: Look for the gifts in your life. Collect your joys. Look for the people you can trust. No matter the condition of your health or your life, there are always gifts in the midst of the trauma, pain, illness, accident, loss. or chaos. It might mean you have another day of life. It might be the $5.00 bill you found along the side of the road. It might be a day of peace without fear or danger. It might be a beautiful stone you found in the garden. It might be a jar of sand you collected at the ocean. It might be the birds that sing each morning. It might be the food in your refrigerator. It might be the hot water available for a shower. It might be your ability to get lost in a good book. It might be the silence and beauty of the night sky. It might be a school teacher, a minister, or a wise neighbor. It might be the man at the coffee shop who always has a cup of coffee and a snack for you. Whomever, or whatever it is that brings you moments of insight, pleasure, hope, or comfort – hold on to the gift as tightly as you can. All those moments create a foundation that is solid and stable. It is hard to see the big picture at times. But, you can learn to see the positive little things that are there for you. If you collect all those little things in your memory, you develop positive memories – the essential ingredients to a happy life. With these memories, you can create the life that you want to live.

As an author focusing on the development of inner calm and tranquility, Janet is passionate about holistic health care and bridging the gap between traditional western medicine and alternative approaches. She is a Diagnostic Prescriptive Educator, Licensed Professional Counselor, Diplomate in Comprehensive Energy Psychology and a co-developer of Radiant Energies Balance, a mindfulness-based energy psychology. She holds a vision of world peace and strives to help bring this into reality through maintaining her own peaceful inner nature and helping others do the same. Stay in touch with Janet via her website www.janetnestor.com and her social media accounts: www.facebook.com/JanetGNestor or www.facebook./PathwaysToWholenesswithJanetGNestor @JanetNestor on Twitter