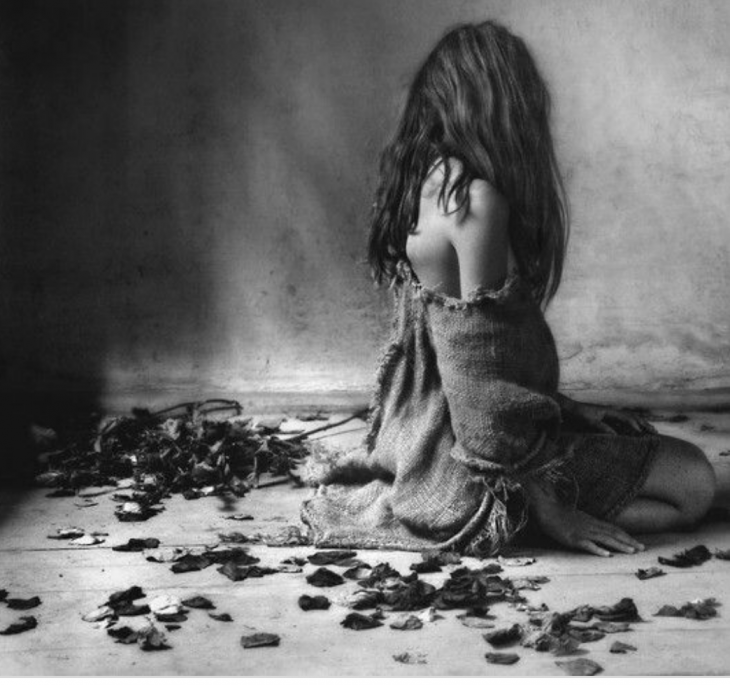 Trigger warning: Before reading this post, please be aware that it includes references to childhood rape and sexual assault.

I am a survivor of multiple sexual assaults and rapes.

I wasn’t planning on talking about this just yet, but there’s a reason I share this  though it feels scary to be so public about something so personal.

The truth is that my journey is on going and never ending and complicated and scary. It’s scary as hell.

Some days I don’t think about the trauma. Actually, most days are like that. But the days when I do think about it, I get angry and so sick to my stomach.

My body doesn’t feel damaged anymore, but my mind hurts the worst in those moments.

Because rape and sexual trauma are the ultimate mind fuck. The worst mind fuck.
It’s like all the most broken pieces of me rush to the surface and I can’t make sense of what’s real and what’s not.

I didn’t want to admit that that was my truth because fuck that sucks, I just wanted to pretend the things never happened to me and I blamed myself for a long long time…. I felt guilty of something I still do sometimes I probably always will even though I know the truth the way people throw it in you’re face and slut shame you and maybe if you weren’t such a whore you wouldn’t of got raped right? NO even If I was a whore (I wasn’t) whores and sluts don’t deserved to be raped ever boys or girls men or women rape is never ever okay….. molestation is never ever ever okay. It is so traumatic it haunts me. I will never just be over it. People will always ask me about it and I’ll think of what happened for months… and blame myself…. just because of the way people think. It’s all fucked up.

And yet, when I’m in a sexual setting with other people? I feel something uncomfortable at all times I will never not be scared of men now. I can’t walk down the street by myself anymore and it’s been years since the last time something happened to me, because I don’t know if I could deal with the strain it would cause on me mentally and emotionally and even physically I don’t want this to be my story. But there it is.

I am sexual assault and rape survivor, and these things have fundamentally changed who I am as a person.

In many ways, they’ve made me stronger. I have learned that my courage and bravery know no bounds. I know I am a warrior in spirit and in mind.

I also know a deeper and more profound empathy than I thought possible, towards towards other’s suffering.I am still learning how to cope. I am allowing myself to heal at my own pace. I sit in the feelings that feel really horrible. I don’t deny myself the discomfort or the horror, but I also don’t let myself get stuck in it.
I suffer with ptsd and many other problems that are worsened because of this trauma. All I ask is for you to try understanding us please don’t belittle us please don’t slut shame us, because honestly the hardest part is being able to tell anyone or talk to anyone or find people who relate to you after you’ve been raped molested or sexualy assaulted because we all have different story’s. The best thing you can do for us is just listen without judgements. AND please please never throw any of it in someone’s face after you fall out. That will break someone completely as a feeling human being. It is never you’re fault. The shame will forever be with me. And that’s one of the hardest parts of trying to heal with ptsd. When suffering sexual abuse at a young age it can cause a life time of depression anxiety and ptsd.

One out of 3 girls will be sexualy assaulted before the age of 18 and 1 out of 5 boys will be sexualy assaulted before the age of 18. Understanding that children who were molested at a young age even if they didn’t realize it it can cause children to be hypersexualized or promiscuous, and it is a common reaction to early abuse..I was 1st molested at 4 years old by my babysitter not realizing that it was wrong until around 15 years old I was promiscuous and sexualy active at 13 years old. I was taken advantage of because of this as a young teenager I just wanted to feel loved and older people seen that as an opportunity to take advantage of me and my overly sexual personality as a kid.

Which does not make it okay for a boy or grown man to take advantage of me or pressure me into sex because I was vulnerable. A man knows right from wrong. It is never okay to pressure I child, it is never okay to take advantage of a emotionally neglected child for sex. THERE is no excuse. None. Keep in mind that substance abuse is also a common outcome of sexual abuse, I have personally dealt with substance abuse since I was 13 years old I was often drugged or drunk. I do not trust adults and I have never felt like I could. Raising children as a molested child and raped teenager will be hard because I know just how sick the world is. My sexual abuse was the start of my suicidal thoughts I cut at 13 often, I would attempt to overdose at 15 on my aunts birthday but fail. I had thought of hurting myself more Than you could ever imagine just because of how worthless my abuse made me feel. It caused me to be angry at everything in the world and I still struggle with anger issues and probably always will because it was how I coped. I often have flash backs that will ruin my whole day, week or even month they are uncontrolled and uncomfortable. I’ve struggled with dissociation my whole life as long as I can remember due to my abuse it was often a way for me to escape the trauma. I suggest not hiding it like I did I was scared and a child. Please don’t be scared to reach out or share you’re story you aren’t alone.