I Hated My Body So Much, I Wanted To Stop Breathing… 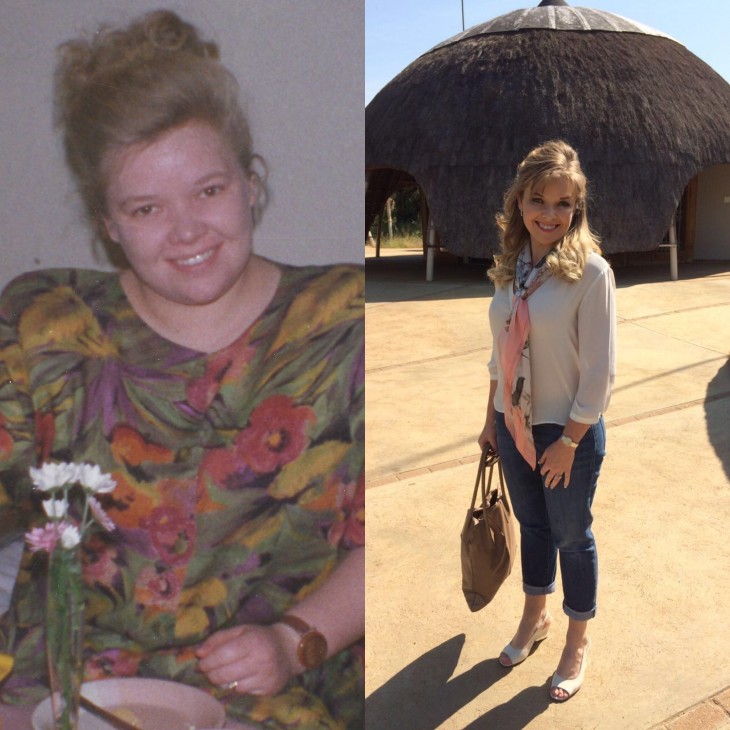 Dedication: I would like to dedicate this story to each person who helped me along the way, encouraged me, believed in me and loved me - just as I am. I stand on your shoulders!

When I woke up in the morning, the first thing I was conscious of was how much I hated my body. I had to get up, go to the loo and get on the scale immediately. What happened during those few minutes would keep me buoyant for the rest of the day or slam me into the ground face first. If I lost a few 100 grams, I’d be okay. If my weight was the same or, heaven forbid, slightly more, I would hate my body so much that I just wanted to stop breathing. Literally.

This was my truth for longer than I care to remember. I can’t remember the exact day and date that it started, but it was somewhere during my primary school years. As a young girl there was a lot of pressure to always ‘look my best’. I interpreted ‘look my best’ as ‘be perfect.’

We also grew up on the era of the ‘clean plate club’ – it was the done thing in those days. Does the following sound familiar? ‘You won’t get up from this table until you’ve eaten all your food’, or ‘You have to eat everything on your plate before you can have dessert.’ So you ate more than you needed to be rewarded with dessert – that’s simply how it worked.

I wasn’t overweight at the time, not by a long shot. But I wasn’t stick thin like some of the girls I was compared with. Slowly I started feeling worse about my body every day and at some point decided that I had to go on a diet. The war between my body and mind had begun.

I had to lose weight urgently. But I also had to eat. And when I ate I felt ashamed for being such a weakling. And I’d try to stay without food for a day or two or be on some crazy diet. And then I’d have to eat…and every time I ate I hated myself.

After I got married things spun out of control. For the first time I was totally in control of what and how much I ate – and I discovered a talent for cooking and baking. I gained 40 kilograms (88 pounds) in a year. One single terrible year.

The result was that I looked unattractive and at least 20 years older than I was.

At night I would dream that I was thin again – only to wake up inside my horribly fat body. And then I’d cry…

A few years later a very dear friend gave me a diet that worked for her. The food intake was about 700 calories per day, making it rather difficult to stick to it religiously for weeks on end. However, after about 10 months I’d lost 30 kilograms. Life was better.

Then I got divorced and everything in my life was upside down. As always I turned to food to feed me emotionally. I quickly gained about 10 kilograms, but then lost it all plus five the next year. I was thinner than I had been for very long. And that’s when the real struggle started. Every morning would start on the scale. And often my day would end on the scale too. I knew it was compulsive and unbalanced, but I had been in a mindset for years where I equated the “right” weight to being loved and accepted (in my head). Then I lost five more kilograms. I was very thin…and here’s the bummer: I still thought I wasn’t thin enough. When I look at photos of that time now, I remember exactly how I felt. When I see what I looked like, I realise how deep the disconnect was between my mind and my body.

During the last two years, some of the kilos slowly crept up again – seven to be precise. As recently as five or six months ago I still felt that terrible, all-consuming body hate – as if EVERYTHING in my life would be measured against my body weight. I felt as if career and academic achievements meant nothing and I would always be evaluated according to my weight only. It really is a battle about self-love.

I don’t know what brought about the change – maybe it was the culmination of a concerted effort to learn to love and accept myself as I am. During these months I made a decision to push the “reset” button. I just didn’t know how or when or who my guide would be.

On 31 March 2017, I had a chance encounter with the person that would become that guide. The thin threads that connected me to that spot on that day at that specific time… well that’s a story for another day.

I decided that I’d like to share the story of my body journey with you all, believing that someone will be inspired, be motivated and get new hope. It also gives me the opportunity to publicly pay tribute to those who helped me.

Remember, the only way you can #FixTheFuture, is by changing what you do in the present.

I'm South African, married to the love of my life, crazy about nature and animals and I love going on safari. My mission in life is to give others hope and build bridges between people.