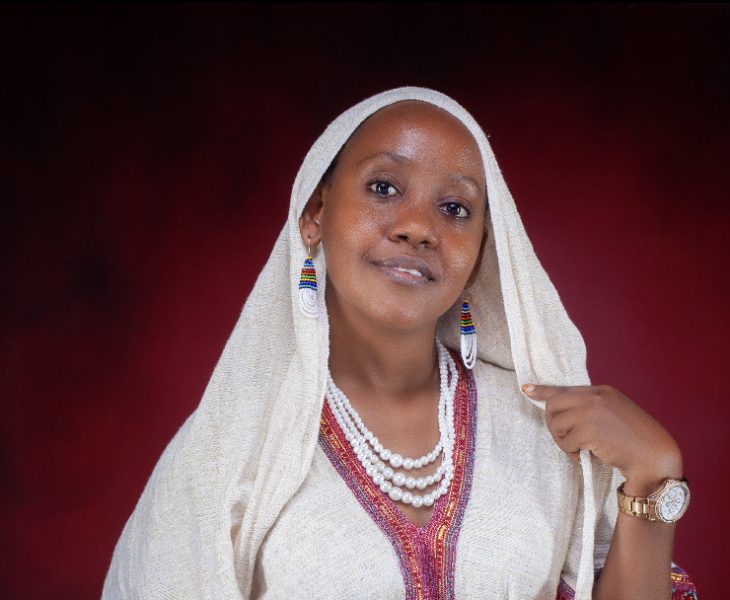 Dedication: I dedicated to everyone especially women and young girls ,I also encourage and call up on everyone out there to share their stories because By telling your story openly, owning it and showing the world where it brought you, will empower ,Motivate ,inspire others and to find courage to share theirs .

Trigger warning: Before reading this post, please be aware that it contains descriptions of female genital mutilation.

When I turned 11, my grandmother mentioned that I would be getting my earlobes pierced. Who wouldn’t be excited? As a young girl I was all agog for two reasons. I was getting my ears pierced and secondly, my Grandmother had explained that getting ears pierced signified a girl purity. She added that if I didn’t cry during the process I would get rewarded .I was elated, determined not to shed a single tear. I was really looking forward to getting that reward.

December 25th 2005, myself and three other girls were taken from our home by six elderly women and led to a hut (Dhugii) which means resting place, none of us, especially me was aware that that day would completely change our lives discourse. Was the first one who led into the hut maybe it was because I could not contain my excitement and it may have been visible, inside the hut was a three legged stool, a leso, a razor blade, rope water, herbal medicine and a piece of cloth which was used to blindfold me. I was then getting laid on the floor. Nothing was making sense to me at that point, I mean I was just getting my ears pierced. But then something surprising happened. I felt a weight on my chest, a huge lady was sitting on me while another spread my legs wide open, the pressure from the woman sitting on me was so intense that it made screaming impossible. That plus the fact that she had covered my mouth because they did not want me scaring away the other girls who were waiting to be initiated. I was confused at this point and I began to panic, my heart began thumping and my breathing become heavier. I thought of making a run for it because I was engulfed by fear .but how could I when a woman was sitting on me to this day, I can still feel her weight on me. While still trying to process what going on I felt someone remove my wrapper (Leso) then I felt someone hands on my private part followed by excruciating pain, someone had cut me, the pain was so severe that I screamed my lungs out, one of the women took off my blindfold and to this day that has to be the most ghastly scene I’ve seen in my life I started to see down at myself and there was blood everywhere around me. The initiator took the herbal powder and rubbed in on my genitals which made the pain even more unbearable, my legs were tied up with a rope like you would goat and I was made to sit on hole in the ground that had burning charcoal and herbs for a week (Every morning and Evening) They believed this would prevent me from getting an infection in retrospect, I cannot even distinguish which pain was the worst, The Cutting or the Traditional medication.

Later I came to learn I underwent type ii Female Genital Mutilation (which involve total or partial removal of the clitoris and labia minora with or without the removal of the labia majora) something as simple as peeing become agonizing nightmare I had to slouch down against the wall and the pee come out which would leave me with a racking sting after the act. I was cautioned not to take any water for the next three days because the women believe that it made the healing process slower. The medication complications began presenting themselves not long after I had undergone FGM, I developed urinary problems, my bladder became weak, my periods irregular and on top of that, and I kept getting occasional migraines.

In May 2018, I got unusual headache and I decide to medical attention at my work place facility where I was referred to Pandya Memorial Hospital, Mombasa. where I was told that I was dehydrated they had to put me on 24 liters of intravenous (iv)Fluids, peeing was absolute torture, my urine came in droplets and each drop was worse than the previous one so they had to put a catheter I me to drain the urine direct from bladder, unfortunately they found that there were no space for catheter, After getting screen tests the doctors discovered that my urine passage had been sliced off which then made the bladder to be obstructed they had to correct it by inserting a tissue in me. I was cautioned not to add weight, otherwise the tissue would be compressed and that would lead to other complication, while in the hospital bed I couldn’t believe that even a decade after going through FGM the side effect were still following me. I hated how FGM defined my very life. I did not want other girls to go through the same and I wanted to be their voice because No one spoke up on their behalf when I needed it most, I have seen the effect that FGM has had on me not just physically but also mentally and I don’t want girls to suffer in silence, I want girls to know that they do have a say when it comes to dealing what should or not should be done on their bodies. I want people to understand that religion does not demand girls to undergo FGM. I want imams to preach on the effect of the practice so that people can gain an understanding that it does not achieve anything let people understand that there’s deferent between culture and religion. I want to be the last to have suffered from FGM and the last girl to have story like mine. I hope to have my own family later on in life. My doctor said that I can give birth, but only through caesarean section and that is still fine by me. And I want to be last girl to have a story like mine.

‘The fattest sat on my chest as the rest parted my legs’-https://www.standardmedia.co.ke/entertainment/lifestyle/2001304698/the-fattest-sat-on-my-chest-as-the-rest-parted-my-legs

I am Bishara Hamo, 26yrs from Kenya . I’m an Activist,FGM Champion,Upcoming Author.I advocate for the Rights and empowerment of women and girls through education to eradicate Gender based violence. I believe in the power of sharing stories,because story can enlighten ,Inspires someone And the act of sharing story to each other can reduce Anxiety, can help someone to get out of depression, can help someone that they are not alone and also helps them to be your full self and if you are full self that makes world a better place already, And those small act of conversation can be really transformative, in sharing stories we motivate others to believe that they have got power within, it is an amazingly powerful way of healing yourself .It helps you to grasp the full meaning of something that happened in the past, something that you thought, you had already completed in a way. Sharing your story can be your option of complete closure of an event happened even long time ago. When we heal ourselves, we heal others as well