Every Woman is Powerful 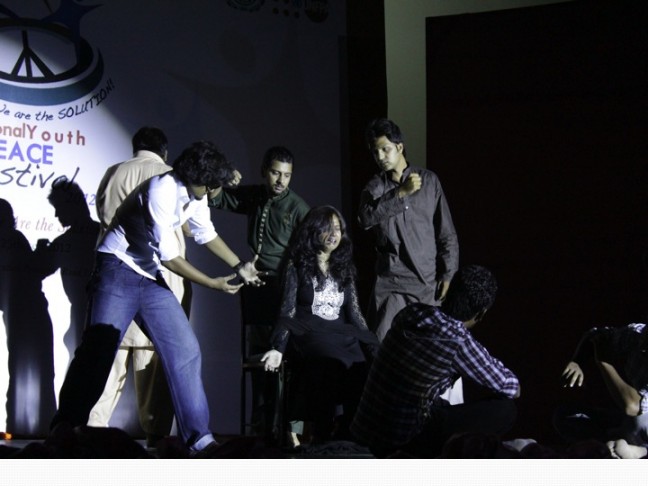 I believe that every woman is powerful, and just needs to explore her inner strengths. This is a story of an ordinary woman who opened her eyes in the very normal middle class family, where no women was allowed to seek/find and or explore her abilities to challenge the family norms and traditions against women.

I first recognized my inner strength at age 13 when I started my social activism. I wanted to challenge the inhumane behaviors of men of the family against women and girls, many who were being forced to kill their dreams and desires on the name of family honor. These women had no say in the family matters. They didn’t have permission to decide things for themselves, or and make decision regarding their own education, employment, marriage or sexuality. The men of the family decided everything for them.

When she was just 15, one of my female cousins was forced to marry a man three times her age. Her voice wasn’t heard by members of my family even when she tried to resist. Yet all of the women of the family were silent.

I knew I had to do something.

This terrible incident broke something within me but also made me feel empowered enough to talk to my mom and other women of the family. I tried to convince them to speak against this terrible thing that was happening to my cousin but she asked me to stop and bear everything silently and accept it as a tradition of our family.

Few days later, i had to face the similar situation, which I refused to accept and my whole family started blaming my mother for this as till that time we were only four sisters, and on every single thing my mother had to bear the blame for only producing girls. We had nowhere to turn, and I finally convinced mother to take action. She took my sisters and me away, rented a house and started working as domestic worker to feed us. I admire her for her strength and courage, and this changed me, showing me that every woman is powerful enough to speak out against injustice.

In 2004, I started a theater group called Chanan Theater Group (now called Chanan Development Association), a national youth-led organization to raise awareness and educate women and girls about their basic and fundamental rights in my community. My group become the part of a national civil society campaign against Hadood Laws and other discriminatory laws against women in Pakistan. Through this campaign, we reached over 300,000 women, girls, and youth to raise awareness about these laws against women and to encourage them to become the agents of change within their families and communities to stop them.

Many people are inspired by this idea of using theater to raise awareness on such issues to stop violence and discrimination against women and girls. Many women become activists against child and forced marriages, and even saved many lives by spreading the messages about women’s rights, girls education, right to employment, etc.

Until August 2009, I had no ability to express myself in the general public other than theater. That was how I found my voice, but there were limits for me. I wanted to find power within me to explore my own abilities and passion to take my vision even further.

In 2009, I attended the International Congress on AIDS in Asia and the Pacific (ICAAP) in Bali, Indonesia. I was there for more than 10 days, and I barely spoke a single word in front of other people because I felt low and incapable to speak in front of public, and especially in English. I was also keeping myself away from the public and wasn’t able to grab opportunities to grow in the development field, I never applied for any event because I always thought that I might not be able to express me and my work in English Language as I never went to formal school due to financial constraints and did all my studies as private candidate.

But while coming back home, I realized that there were so many people like me who have had similar experiences and are doing the same type of work. If they can communicate, speak and express themselves then why not me? It was the movement of my life when I decided to seek my inner abilities and find myself to not only express things for me but for others as well.

SANA SOHAIL is the Founding Director of Chanan Development Association (CDA), a national youth-led organization, working for the empowerment and rights of youth particularly women and young girls by ensuring their meaningful participation in all kind of decision/policy making processes without any basis of gender, age, race, religion, caste etc for a creation of healthy, just, democratic and peaceful society. She started her social activism at the age of 13, when she experienced gender discrimination within her own family being woman. Mental and physical violence on her mother and other women and girls by the men of the family, indeed become her motivation to stop discrimination against women from her family and community. Now through the platform of CDA, she is engaging, educating and empowering women and girls to explore their hidden potentials and leadership skills to bring about a positive and sustainable change in their own and others lives. She has more than 15 years of professional experience in the development sector and has been using community engagement, peer education and interactive/forum theater for raising awareness and advocacy on gender, women rights, youth participation, human rights, peace, gender based violence, child marriages, sexual reproductive health and rights, HIV/AIDS. Besides, she is severing as national focal point of Youth Peer Education Network (Y-PEER) in Pakistan and also serving with many networks on women empowerment, sexuality and counter violent extremism. She was named in the 100 global leaders of women deliver in 2013, received inspirational women award 2012, Fellow of programme on women’s Economic, Social, Cultural Rights (PWESCR) 2013 and have done Masters in Political Science.