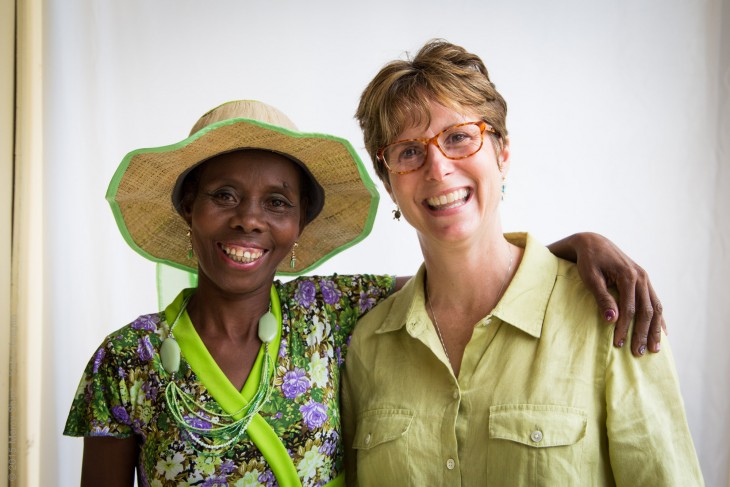 Dedication: Christine and all the fistula ladies in the world!

My story is actually a story about a woman I met in Madagascar last fall – her name is Christine. She and I met while I was on a visit to an organization who I support via my role as manager of product donations with Johnson & Johnson – Mercy Ships (www.mercyships. org). Christine and I met last November, and though we do not speak the same language, we engaged in a deep dialogue that will stay with me forever.

You see, Christine and I met in an Obstetric Fistula ward in Tamatave, Madagascar. She, along with about 40 other women and girls, were there to be healed. Obstetric Fistula is a devastating birth injury that leaves a woman without a child (as it usually dies in the prolonged, obstructed labor), and leaking urine or feces for the rest of her life. This happens in the worlds’ developing countries, where there is no access for most women to prenatal health care, or even a skilled birth attendant.

I had spoken to several other ladies on the ward that day, but somehow Christine and I talked (via an interpreter) for a longer time. I learned she had suffered from her fistula in 1988, and that she has just been healed three weeks prior. A single surgery by a skilled surgeon was all it took – but she had never had the access to the care she needed before this fall (2015). Anyway – I also found out that Christine was 51 years old – I am 49. I graduated from college the year she suffered her fistula – and all I could think of was what different lives we had led in that time. She was being very stoic as we talked, I am sure having shared her story, and her shame, many times. But as I stood there with tears flowing, she pulled me down on the bed beside her and grabbed me in a strong hug. We sat there for what seemed like an eternity, sharing tears and emotion that had built with her for over 25 years.

When a woman is healed from fistula and preparing to leave the hospital to return home, she participates in a Dress Ceremony. The woman is given a new dress and hat, to mark her return to womanhood and dignity, and encouraged to share her story to an assembled crowd. I was so honored to be a part of Christine’s dress ceremony – Christine and about 15 other ladies who had recently been healed. All of whom, after their shared experience, were sisters! It was such a joy, and a great end to a day of high emotion.

Fistula is a traumatic birth injury that does not need to happen. It is preventable, as long as the woman has access to health care. I am lucky to work for a company that is working in this space, but I will also work to the best of my ability to insure no woman has to suffer while trying to give life to another.

20+ year employee of Johnson & Johnson, mother and daughter. Proud to live in this world, and working to leave it a better place for my daughter and her friends!