An Audience is Watching 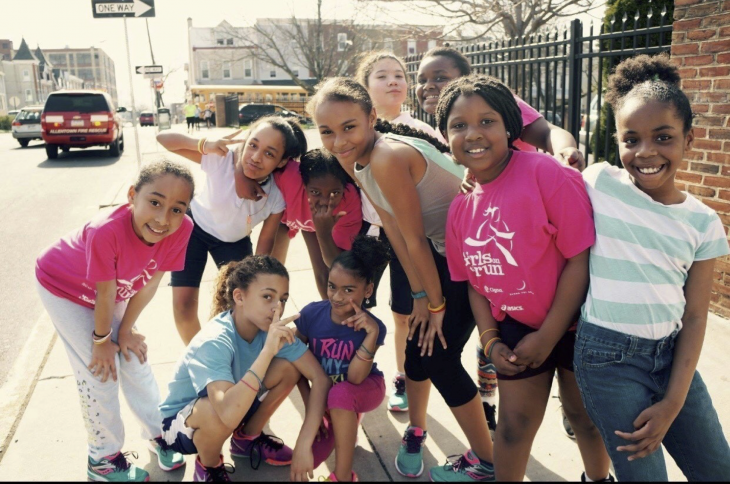 Dedication: GOTR LV Staff (Jess, Liz and Lisa) for all of their support of me and my coaching journey.

The school that I coach for Girls on the Run sits in the inner city of Allentown. As the guidance counselor shared with me the first day, it isn’t in the “sexy” part of the city that is being revitalized. It is in the “other” part of Allentown.

It houses hundreds of students and among them are my 20 favorites. Twenty young women who have made it through a program that is focused on building their self-confidence and self-esteem, while teaching them to run a 5K. Twenty is a large number for this program, and we were told in the beginning that several girls would drop out part way through for various reasons. All 20 are still there and that is something that is worth celebrating.

I have so many stories trapped inside of me about these 20 women. And a week away from their finish line, I am getting pretty emotional about seeing our time together come to a close. These young women are exactly what they are supposed to be…they are smart, sweet, sassy, tough, resilient and determined. Those of you who are familiar with young women between the ages of 8-12 understand that they can be all of the things above and still be “clueless.” They can be “ultra-sensitive” regarding their own hurt feelings, and they can be “bulldozer constructive” when they are hurting someone else. And our job as coaches is to patiently help them to realize when they are the bulldozer, and to help build them back up after they have been “bulldozed.” Oh, and we do some running in between. Our goal is to build their self-awareness and to lead by example.

Tomorrow, we are holding a Bake Sale as our Community Impact Project. We will raise money and give our proceeds to an Animal Shelter. This is a great project and a great recipient, and we are proud of the girls for selecting it. There is just one issue I am having as it relates to the leading by example.

The girls run around one block for their training. The block includes their faculty parking lot and their play area, all fenced in. We have been running this same block for two and a half months. There have been some interesting observations during that time, but the one that is troubling me the most is about a set of clothes that lies in our running path, outside of the fenced in area.

The clothes first appeared two weeks ago. It was a beautiful sunny day and we were running when we came upon what looked like the contents of a gym bag emptied out. The clothes looked like they were in good condition. My assumption was that a bag had broken or kids were fooling around and the clothes were left behind. Surely, someone would come back for them. So I didn’t touch them.

Fast forward one week. The clothes were still there. It had rained a decent amount since we had last seen the clothes. They were soaked but they all remained there on the sidewalk. And we ran past them. Did I stop to pick them up? No. Was it because they were wet? I can say that I didn’t have a garbage bag with me, but is that the whole reason?

Let’s move to Tuesday. We are running and we pass the spot of the clothes. Some are now gone, but one or two soaked articles remain. Do you know what else I notice? There is a decent amount of garbage that is now present on the outside of the fence. Fast food cups and plastic bags. The whole area outside of the fence looks horrible. And we run past. Do I stop to pick it up? I didn’t have a garbage bag. Is that my excuse?

And what have I done as their coach to help them see it? Not a darn thing. I have run past the clothes and the garbage just like them. And by running past it, and not acting on it, what have I taught them to do? Have I built their self-awareness and led by example?

The answer is no. And that is life. We all fall short daily. There are “issues” we run past and ignore. There are excuses we give like “no garbage bags.” There are justifications of “someone will surely come to pick up the clothes.” And while it isn’t good that we all fall short, it somehow seems worse to fall short with an audience watching…an audience that expects you to lead by example.

I spent part of today baking brownies and cookies for the bake sale. I have paper cups packed for the lemonade. And now I have garbage bags packed, because an audience is watching.