Shannon Murray
Encouraging/Empowering Others, Girls on the Run International, Grief/Loss of a Loved One, Mentors/Teachers/Coaches, Sports 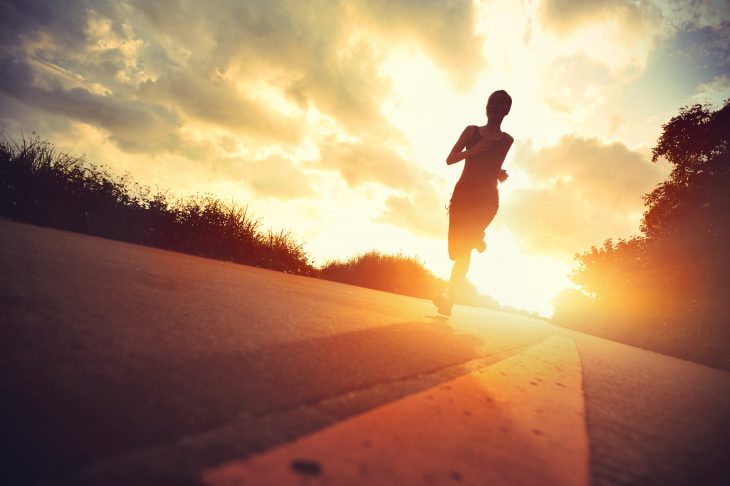 Growing up I never thought of myself as sporty or athletic– that was my sister. She was coordinated, aggressive and an all-star athlete like my dad. I considered myself to be uncoordinated and timid so I simply didn’t try. I was afraid I might embarrass myself. After unsuccessful attempts at elementary school soccer and then middle school basketball, I gave up on sports and fitness. I decided that just wasn’t me.

Fast forward to sophomore year of college, the year I lost my Grammie Jo.

Grammie Jo taught me to enjoy the outdoors and to appreciate nature. She loved to play tennis and was active until the day she died. She showed me to use my imagination, to play dress up and to be silly. She taught us to believe in fairies. Yes, fairies. She created a garden where they lived and we believed in it wholeheartedly. When she died it was the greatest loss I’d ever felt. It was sudden and I didn’t know what to do with myself.

I ran out the door and I ran for miles, I don’t even know how many. I ran and sobbed until I felt better. That run didn’t fix my sadness but it made me feel better. It gave me a release and I’ve been a runner ever since. I started training for races with my dad and running became “our thing.” We go on long runs and talk about everything. Sometimes we’re silent, and that’s OK too.

I’ve since run 5ks, 10ks, even marathons and a triathlon. I do boot-camp style workouts and I’m competitive… very competitive. I didn’t know I had it in me! I push myself and I have a confidence like never before. I often wonder if Grammie Jo would be proud of the woman I’ve become. The woman who is not afraid to try. The woman who is not worried what others will think. The woman who tries to be the best version of herself every day.