Transformation of belief system- “Yes” to a “Bold No” 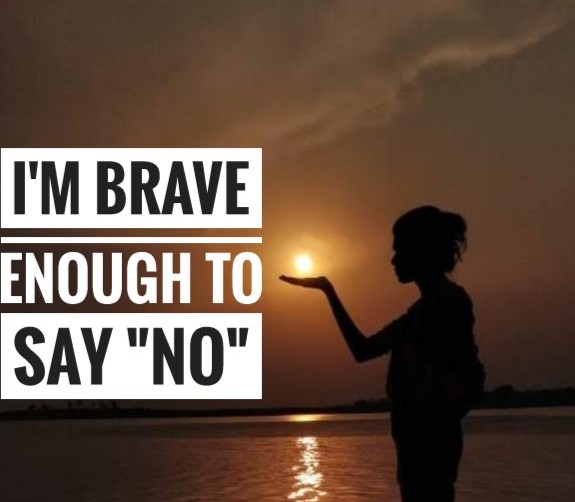 Dedication: To my Courageous friend Sindhu 💕

Years ago, I had met a girl who was undoubtedly bold, and confidence reflected in her words and action. She was a perfect blend of empathy and audaciousness. With the passage of time, we both started sharing a strong and eternal bond of friendship.

You must be wondering why am I writing regarding this particular girl? Do I have no other friend? Of course, I do carry a few yet significant ones. But today is a special day for whom I am writing this post. Yes! It’s her birthday.

I could have written this in person to her but I feel the incident that I am going to narrate through my writing must be quite familiar to everyone but we remain ignorant regarding it and keep trivialising it.

Alright! Let’s come back to the objective of my writing. My friend, despite being audacious throughout her life, fell into the trap of societal norms and beliefs. Ever since her childhood, she had been taught “Never say NO to anyone” even though your heart is pulling you back to not listen to the people, you necessarily have to say “Yes”. She had already spent crucial 19 years of her life living with this erroneous belief system formulated by society.

One day I met her inside our college premises, she appeared a little confused and hesitant. On asking the reason behind her dubious state, her answer was ” Sushmita, I really don’t want to say Yes to P” (it was actually her roommate to whom she had to say “NO”for certain reason, I am sure I will be dead for revealing this secret after years, but I know, with time we all have become considerably matured enough to understand each other)

After listening to her confused voice, I was extremely surprised and asked her “what is the difficulty in saying a “no” when your heart abstained from doing the thing that is against your wish?” Her reply was -“since my childhood, my parents and relatives have always taught me to say YES no matter what, everyone expected me to be a people pleaser, keeping my desires aside I had no liberty to say NO to anyone, this is something which has programmed in my mind which when runs, the output will always be a YES, but now as I have grown-up, I am facing the challenge while saying YES to people and I have no clue on how to develop a habit of saying NO, which may hurt the sentiments of others”.

After a rigorous session of counselling and practice, she finally learnt to say “No” with full confidence and audacity.

Years after now, whenever we talk about this change of habit in her and correcting her belief system which she had been blindly following for years, we realise how crucial it is to raise a child with the teaching and lessons quoting examples to make her/him understand that saying “No” is not wrong. And saying “yes” only when your heart is allowing.

Today on her birthday, it’s again a reminder for her to invariably remain confident with the habit of saying “NO” ! But I know this has already ingrained in her blood, and this is the reason that she is happily prospering in her life, by saying “No” to the offers that were trying to put her in a “9 a:m-5 p:m” work routine and saying “Yes” to her heart which asked her to become her own boss and begin to nurture her dreams of becoming an entrepreneur.

In the end, I would urge all those who cannot gather the courage to say No, “it’s okay to say No perhaps the world will dislike you for this habit, but trust me your soul will be contented and the respect for your “SELF” will surely quadruple”

Engineer by education, writer by heart, Feminist by desire.