Tales from the Back 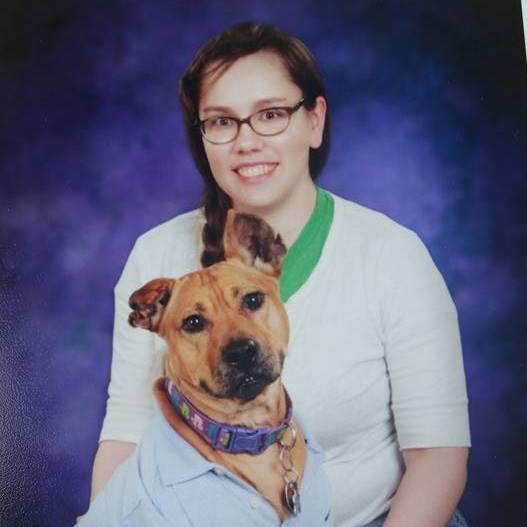 I am not a runner. In fact, running is very far outside my wheelhouse and something I tend to emphasize when people say they can’t coach or join GOTR because they don’t run. I remind them it’s not about the running, it’s about the lessons learned both in the curriculum and outside of it. And really, finding inspiration and lessons in the smallest of things is probably, to me, the hallmark of the program.

I often joke I’d be less of a jerk if I had a program like GOTR when I was a kid, but like many coaches and volunteers, my life has been impacted by the people I’ve met over the years, none more so than my time as a Sweeper. For those that don’t know, the sweepers are the very last people to finish in our celebratory 5Ks – we ohana by making sure no one gets left behind or forgotten on the course. I’ve been a sweeper for several races now and each time I find the stories from the back of the pack are just as important as those from the front.

Last spring, while sweeping with my fellow board member, Donna, we had the chance to meet a GOTR girl and her mom who were competing. It was her first year in the program and she talked about how much she loved everything, even the laps, during lessons. After the first mile marker, she started to pick up her pace as the spirit of the 5K infected her and we were left with her mother. Donna noted that the mother had a heart beat style tattoo that has become popular in recent years and commented that she thought it was lovely.

The mother revealed that her daughter had a heart defect that will eventually require a transplant. The doctors told this mother that her daughter’s life would most likely be limited because of this defect, which she didn’t entirely accept. When the chance for the daughter to join GOTR came up, she was hesitant but believed in the power of the lessons of the program enough to let the little girl join. During the race the mother said she was so proud of her daughter for not just completing the program, but completing a 5K – something no one thought possible of her. She even said she couldn’t wait to call the cardiologist the following Monday to share the exciting news.

For most of that 5K, her daughter remained within sight of us as she alternated between walking and jogging with other GOTR girls around her, but as we turned onto the track for the last section of the race, she took off and ran towards the finish line with the energy so natural to elementary school girls. I watched as a little girl who was told she ‘couldn’t’ accept a 5K medal with a beaming smile and a mother who was bursting with pride. The GOTR ripple effect at work.

Two years ago, I had experienced my first Sweeper Moment that really began my love affair with being in the back of the pack. I had never swept before, but I can say after that season, I was hooked. I got to complete a 5K and enjoy it at a pace more fitting for me than for, say, Wilma Rudolph. That year as Donna, who has become my Sweeper Pal, and I walked the course, we realized that we were out pacing our very last participant. Even when we slowed our own paces it still wasn’t enough.

The woman, a mother of a girl running that race, was walking incredibly slow, mostly due to her weight and what looked like a limp. I would later find out that she had surgery on her leg half a year prior. But her pace, as slow as it was, was consistent and she walked the path with her ear buds in and a bag with water bottles hanging from her wrist. As Donna and I passed cheer squads and water stations, we told them they absolutely could NOT leave until she passed them. She was a walker in our race and she was going to experience everything everyone else did before her.

Eventually people who were part of the cheer squads and the stops would pass by us on their way back to the race headquarters, while our Super Mom was still walking the course behind us. About half a mile from the finish line, a young girl came running up to me and Donna. When I asked her where she was going, it was revealed that this GOTR girl was going back to finish the course with her running buddy – Super Mom. I told Donna to go ahead and I would walk back with our GOTR girl so she can catch up to her mom.

During the short walk, this girl talked ninety to nothing about how she was so happy her mom was her running buddy and that even with all her health problems, Mom wanted to be there. She spoke of her mother with such pride and love that when we caught up with Mom, she ran over and gave her mother the biggest hug I’ve ever seen. As we walked back, members of the last cheer squad joined us. Super Mom talked to the adults about how she felt it was important to be her daughter’s running buddy and to show her daughter that there is no such thing as limitations. While she herself had a lot to work through mentally and physically to achieve her goals of being a mom that can play with her daughter, she knew that the first positive step to take was to just do it because she had to prove that anything was possible.

One of the things I told my girls this season was how we see ourselves is much different than how others see us and this is a perfect case. The mom felt she need to be a better role model for her daughter and all the while the daughter spoke of her mother with such admiration for always being there for her. Together they finished the race – so far behind everyone else that the finish line was already packed away – but they finished to cheering staff and volunteers. And while we only give girls in the program medals for completing the season, our director was on hand with a medal and tears in her eyes for the mom that embodied GOTR spirit on that chilly November evening.

This year, our council had 1,465 girls in the spring and another 750 in the fall of 2016, making this the biggest year yet for us and nearly 2300 girls whose lives are forever changed by a ten-week program. That means over 2200 families lives touched by girls who are stronger and better than they were. We just finished our spring season 5Ks and I saw girls who ran like gazelles and girls who walked the whole way holding hands with their newfound friends. I saw moms cheer their daughters and dads wear tutus, grandparents holding up signs, and coaches who nearly cried watching the girls they’ve mentored this season do something they never thought possible. I watched as a young girl with developmental disabilities walk/jog a mile with her family cheering with pride. While she never made it past that mile marker sign, she stood beaming with pride next to it while family took pictures.

I may be sweeping from the back, but I can see clearly what leads these girls, our coaches, our staff, our volunteers, and our communities. It’s found in the compact body of a young girl who knows that she is the future and is ready to break down anything that gets in her way.

My name is Rhiannon and three years ago I never heard of GOTR. Today I’m passionate about the program as I serve as a volunteer, board member, and coach for my local council. When I’m not working to save and interpret the history of the communities I live in, I spend my time abandoning my craft projects halfway through, schooling people online about various topics, and spoiling my one-eyed dog, Bofur.