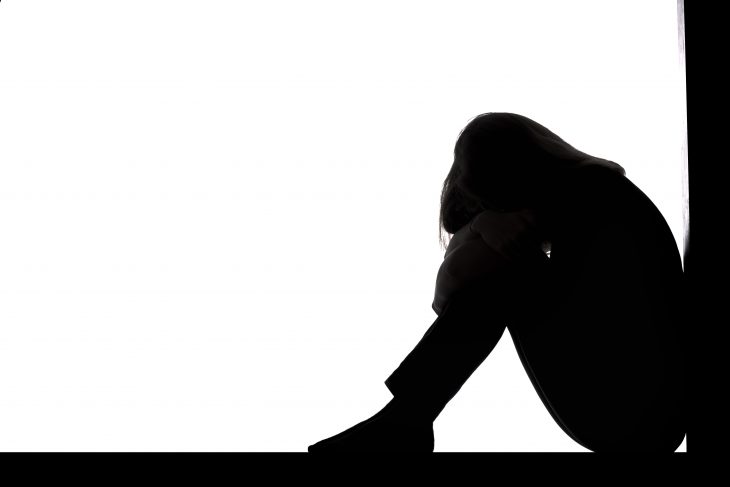 Dedication: My friends and family that I wish I could trust

Trigger warning: Before reading this post, please be aware that it includes a graphic and explicit description of a miscarriage.

Well, this only happened today, and I need to share it, because nobody in my personal life is going to know for a long, long time… about 3 months ago, I hooked up with the guy that took my virginity. I’d only had sex once before that, and this time, we were stupid and didn’t use a condom. We are both clean and have no sti’s or anything, he said he would pull out and everything would be fine, so I believed him.
Well, one to two months after that, I noticed changes in myself, so did my family. I gained some weight, but thought nothing of it. My parents and siblings complained about my mood, and I had terrible stomach aches during the night. And I had become increasingly tired all the time.
I thought I was pregnant, so I went to my friend who got me a pregnancy test. This was about a month and a half after the night with him. The test came up false. So I laughed it off, and thought “it’s ok, he pulled out”
Well, the symptoms kept coming stronger, at almost 3 months, I had been SO hungry, yet everything I ate was hard to keep down, and yet I kept telling myself I wasn’t pregnant. I couldn’t be! The test was negative!
I thought, I can’t be pregnant! I’m only 16! My parents would kill me! I wouldn’t be able to finish school! What is the father going to think??
And then after weeks and weeks of worrying, my period came… or so I thought.
I bled for a few days with mild cramps, everything was normal, until the 3rd day came, my cramps got worse and worse, the worst I’ve ever had them! I did everything I could think of to soothe these horrible pains! heating pad, ice pack, icy hot, working out, stretching. nothing was working, so I ultimately decided to take a shower and get some temporary relief.
The shower really helped, I felt good, the cramps were still there, but just barely. The water started getting cold so I decided to get out, kissing my relief goodbye.
I got out after drying myself off, and I was just about to put my clothes back on when – next part is kinda gross sorry- I felt some sort of ‘clump’ down there. before I had any time to react, blood was running down my legs, on the floor, on the rug, and I felt the clump was going to fall out.
So I quickly sat myself on the toilet to stop any of the mess from continuing. And whatever the clump was, came out.
I sat there for a second, just taking in the mess that just happened, thinking “that’s never happened on my period before…”
I got up and looked in the toilet, and there was the clump. It definitely wasn’t part of my period, it was ’tissuey’ and looked like it had an arm. And I knew right then, that I had miscarried. my terrible cramps were gone, I wasn’t really bleeding anymore. It was gross, but I picked it up, just to make sure I wasn’t mistaking it for a period glob. but no, it wasn’t just a glob, I basically just gave birth to a little human. and they didn’t even get a chance…
So today, unknowingly, pregnant for 3 months, I haven’t told ANYONE about my pregnancy suspicions, so how am I supposed to tell them about the miscarriage…? I can’t, so i’ve shared it here anonymously, so people can judge as they please but… something really terrible happened today, and I don’t know how to deal…