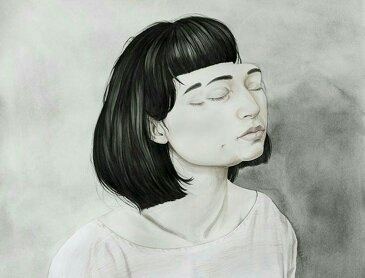 This story starts from the teens where a girl was growing to be a brave, innocent, and smart child with great features like black shiny hair, black eyes, and a great flexible body. Her biggest dream was to become a stunning actress. She was a multitasker child she knew how to swim, dance, and sing at the same time. Her motive was to be a great dancer, but life takes a turn. When she used to sing, the whole tree starts moving, her voice was so magical to hear. The story of childhood started with ambition, she was so flexible and graceful dancer since childhood, she wanted to be a heard in life with a lot of curiosity and was so naughty wherever she gets the stage, her feet started moving automatically, she has great charisma, people told her parents that she is unique, she started dancing at the age 4, she was knowing what she wants to become in future with an innocent smile and shiny eyes. Her role model was Bollywood actress whom she admires a lot.

After childhood when she entered her teens, she started feeling stressed, depressed, and thought maybe this world is not for her. “The tragedy of life is not death but what we let die inside of us while we live”. Every day, she would cry in front of trees sitting in her balcony. She wanted to become an actress but her parents wanted her to fight on studies. Her parents started scolding her and when she was in class 8th, her whole world changed her, she suffered from bullying, depression and her own parents started hating her because she was weak in studies or she wanted something less, she also left her dance classes. Each day she used to come home from school, each day this was her routine and she was becoming rude, angry and sad, the world and people around her killed her dreams, her hopes and her inspiration to be a dancer, she got new friends but her friend’s life was better than her, they had everything good family, bright future but she was lacking one thing in her life was “unconditional love” from someone, no one was there to love her, her teachers always made fun of her, her classmates bullied her as she becomes fat and silent, no one talked to her, her teacher even told her in 12th standard that “you are a useless person, the world would sell you like a thing.” When she raised her voice, she was beaten by her father, or her mother would scold her and compare her with other children from a society that she is fat-skinny, brainless, and should learn something from them. Her parents are a very good person, her mother is a very good mom and she is a teacher and her father works in a factory as a supervisor, she has a brother who loves her but he was not there for her when she needed him the most. Her father’s focus was on his family and he gave most of the money to them, and they are the greediest people. She asked her father one day that “why they don’t we go on a family holiday to most Indian places?”, but her father told her to only to focus on the study as she is a dumb and brainless child which brain is filled with garbage. From her childhood to her teens she never saw other states and cities, she wanted to travel, her family would only take her to her grandparent’s place where also her own paternal grandmother taunted her and said “ she is so fat, why is she wearing track pants or jeans, why not Indian kurta that is fully covered?. One of the worst things she did, she changed her dressing sense and started wearing Indian covered full kurta, for 6 years she never wore any jeans, she felt worthless and started avoiding people, her condition becomes worse when she had fear of crowd and people called Enochlophobia, where a person feels danger in any situation. She was scolded for unknown reasons, even her teacher never took her in most of the dancing programs where she wanted to participate.

Yes, she was having the best talent as she knows that maybe her future will not be like this anymore. She wanted to leave this evil world as no one was with her by attempting suicide, even her parents were also not with her. In the last days of her schooling, she was awarded ‘special rose’, as her class teacher named her the ‘special children’ in front of the whole school as this rose given to them who are weak in all activities, that day she was broken completely, she wanted to do suicide as they plunked her wings and where every student was hoping for great career and life ahead, she was feeling emptiness and worthless in life. She also thought of becoming a fashion designer because she made the best designs and also beautiful paintings, she was an artist. She was not knowing what to do as she was suffering from depression and shame in her life, still she secured 64% in high school (12th). Again, her teacher demoralized her and said that without hard work and dedication she got these marks. She was an emotional child or people made her like this, her friends told her she can never suffer from depression or trauma, but “behind every great smile, there is pain and a story people hide it from the world.”

She wanted to go for higher studies in big cities, but again her parents forced her to study in a small college from her home only. She only wanted a happy life where everyone can behave with her with due respect and treat her equally. She was fat and overweight in her teens she was 60kg, but she loved to dance, this was the best talent where no one can defeat her.

But who can break her now, as she was already dealing with a lot of dramas in her life but she was a courageous person who never gave up, she decided to study hard this time, and she was getting good marks, everything was becoming normal in her life, she started speaking more and she also awarded with a prize for her participation in a Group Discussion, in her life she faced her fear and spoke for the first time, from there she started getting praises and applauds for her performance, but your “ Past always haunts you because your present is incomplete”, that is what happened with her, her director told her that this time the best student award should be given to the deserved student like her, for that she worked hard and participated in every marathon of her life, but on the day of annual program when the best student trophy was awarded to the topper of the class who was so arrogant, jealous and disrespect seniors were given the award and again her hopes her desires were killed, at time of farewell she hoped that maybe she will get award but again that was given to someone, she was not attracted to awards or trophy but people gave her false hopes and desire, and after sometime, they show mercy on her and gave her the award of “perfect student”, but she was happy but was feeling dissatisfied that after working hard she deserve it, but it’s okay for her, she also found many things like she organized a dance on “women empowerment”, from planning to organizing the dance performance she found a great leaderships quality in herself and she started believing in herself, had faith in god and fought with her parents to send her to city for further study and she did it and still she follow her passion for dance but still ‘she has a long way to go to prove herself her worth’, she thinks. She also lost 5 kg and gained a lot of confidence and the best thing is now her mother supports her. From there she is starting her journey to become a great HR and motivational speaker in life and to help children who are like her special and also to help people who suffer from depression but she still hopes to fulfill her first dream and wants to travel…if possible. She is hoping that her past will never come back as she buried her past and let it go all. Now she is just becoming the best version of herself and is not afraid of anyone now.

At last, I would say that “if you truly want something from the heart, the whole universe conspires to bring it to you.”

I'm an MBA student who loves to do multi things like painting, singing, and dancing as well have an immense interest in psychology.