She Had It In Her All Along 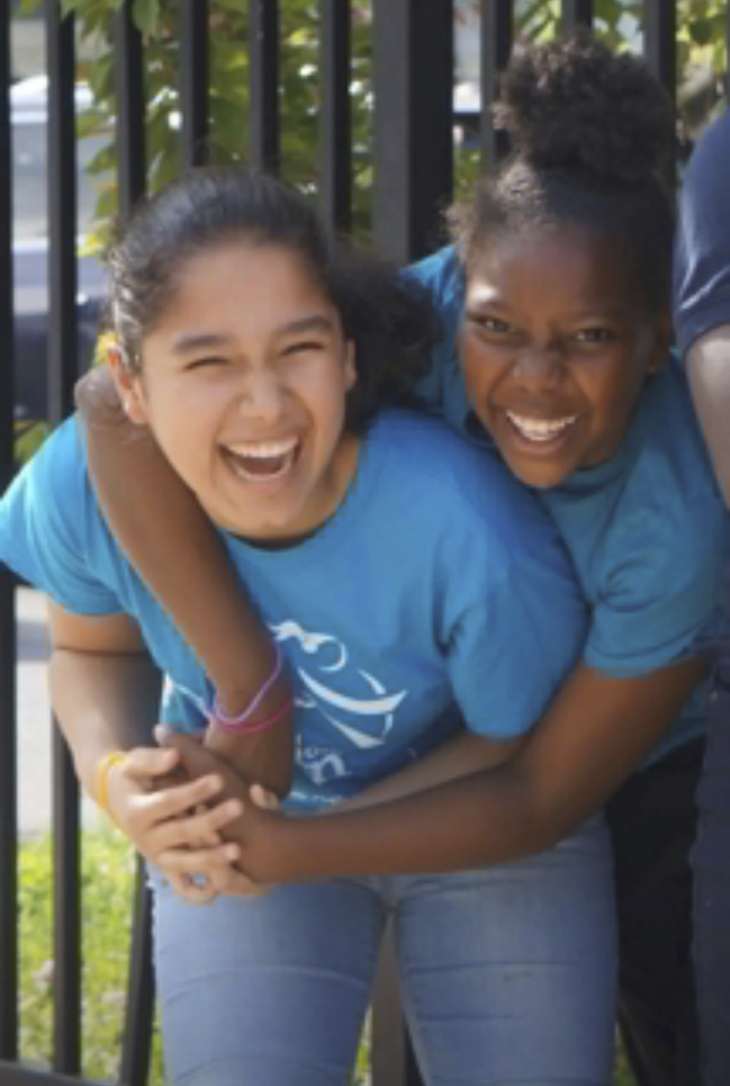 Dedication: This blog is dedicated to the amazing women I have met on my GOTR journey. From my fellow coaches Jen and Jackie to the GOTR Steering Committee to the fun and crazy crew of Lisa, Liz and Jess who run the show, thank you. I love working with you to show so many young women that they “had it in them all along.”

I often believe that the best way to celebrate someone’s birthday is to focus on the impact they have made on the universe. Today, I want to celebrate and say Happy Birthday to Girls on the Run. Twenty years strong and growing, this is an organization that captures my passion and connects me with so many amazing women.

And before you start thinking…here she goes again, I think I have read all I need to about GOTR through Jill’s lens. I read about the impact GOTR had on her then 8 year old daughter. And yes, I’ve read that she became a runner because of this program. Yep, I know she coached this spring and that every one of the 20 girls in the program that started the program, finished it and finished the 5K.

But today I want to tell you about GOTR and its impact on the universe through a story that I haven’t shared with you. It is a story about my friend Kim. Kim was a fifth grader in the program that I coached. A beautiful girl, she giggled, walked with confidence and carried herself in a way that seemed a bit beyond her 11 years.

On one of the first days of practice, we were dismissing the girls and sorting out which of them were walkers and which of them needed a parent to pick them up. Kim had already been on our coaches collective radar screen, as she had challenged Coach Jen from day one. Looking through the list, I stopped Kim and asked her to wait…I needed to see if she was allowed to walk home without an adult. When I asked her this, she turned on her heel and gave me one of those reactions that makes you want to never lay eyes on another tween girl again. I stopped her, put down the clipboard and told her that her reaction was uncalled for and she needed to keep in mind that I was just looking out for her safety. I asked her for an apology, which she mumbled and then promptly marched off to catch up with her friends.

I shared the story with Devon that night. Devon, also 11 years old, had very big eyes when I told her of the interaction. I think she was a little uncomfortable with her mom “calling Kim” on her behavior. I also think she was surprised that Kim would act this way towards a coach. I told Devon that I needed to call Kim on her behavior, because Kim might not have a Mom or an adult around to do so. I also reminded Devon that she has the tendency to share some of those same looks with me from time to time, and I call her on it, too. I was doing the same thing for Kim that I would do for my own daughter.

I missed the following day of practice for a work meeting. It would be the only practice that I missed all season, and while I didn’t think the girls would notice, Kim did. When I came back the following week, she ran up to me and asked where I had been last week. I told her I had a work meeting and I was sorry to miss practice. She looked at me and said, “I thought you weren’t coming back.” I smiled and told her she couldn’t scare me off that easily.

From that point forward, Kim became one of my favorites. She fell during a practice and I was the one to take her to the nurse. The nurse examined her and placed her arm in a bandage. While we were sitting in the office, the nurse called the emergency numbers on Kim’s list. No one answered at the first number. The next two numbers were disconnected. When the nurse asked who was at home, Kim said her grandmother. When the nurse asked if her grandmother spoke english, Kim said she did not. Kim went onto say that the only english speaker in the house and the only person to contact in case of emergency was her 14 year old sister. Kim’s arm was fine, but this fire drill made me wonder what would happen if she needed an adult to care for her in the case of a real emergency.

Kim came to every practice. She participated but you could tell she enjoyed being in the middle of her pack of girls some days more than the running. She isn’t one of the girls that I expected to cross the finish line in the first wave, so when she did, I smiled. Look at that, I thought, “she had it in her all along.”

I wrote her a note at the end of the season to tell her how proud I was of her and the progress she had made. I included a picture of her strongly crossing the finish line. When I heard back from her, she said the note “melted her heart with the words I said about her.” This program and the belief in this young woman had melted more than her heart, it had melted some of her tough exterior. She wasn’t the fifth grader with a bit of attitude. She was a young woman who was more confident and willing to show her love and affection for her friends and for her coaches. Look at that, I thought, “she had it in her all along.”

I wish I could flash forward and tell you that Kim lived happily ever after. I don’t know that yet, but I do know that Girls on the Run enabled her to see that “she had it in her all along.” She had the physical strength and stamina to be competitive in the 5k. More importantly, she had the emotional strength and stamina to let others in and melt away some of her tough exterior. You and I both know that Kim is living in a tough world because we live in it, too. But most of us are fortunate to live in a different zip code than Kim does and many of us have had Moms and mentors who have helped us discover that “we had it in us all along.” Girls on the Run finds those mentors and coaches across all zip codes and connects them with the Kims of the world so that they can discover that they, too, “had it in them all along.”