Anonymous
Grief/Loss of a Loved One, Healing & Recovery, Overcoming Adversity 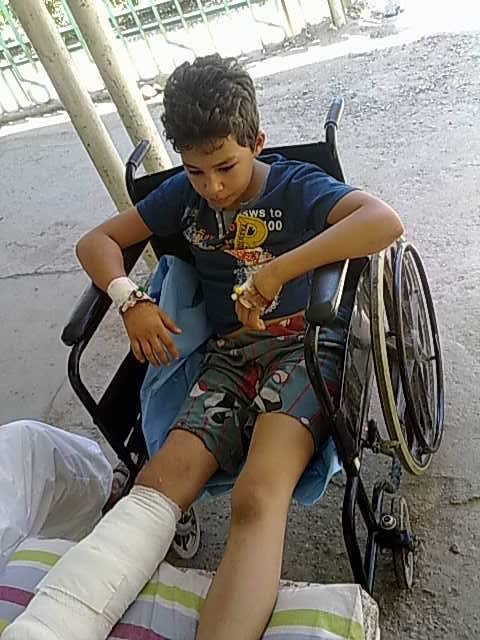 My name is Nawaf and I’m from Iraq.

The story starts with me going shopping with my family back when I was just 12 years old. I remember asking my parents if I could grab some snacks from the snacks store next door. As I was in the shop next door, I heard a bomb go off in the car right by where my parents were standing. Next thing I know I was thrown to the ground with rocks falling beside me. I could barely see from the cloud of smoke and debris in the air as I tried to hurry over to my parents. When I went back, I saw my half the body of my dad, with no head, and could only recognize him because of his watch. My mom was nowhere to be found.

I was in shock, and was taken to the hospital as ambulances arrived. I hadn’t realized my physical condition due to the adrenaline until I met the doctor. He told me that my life was in danger, that I either would have to cut off a part of my leg or die. I didn’t have a choice, I was 12 and confused. I went in for surgery and thankfully I woke up still alive with my leg still intact. However, the doctors informed me that they couldn’t bring my leg back to normal. They tried four more surgeries, still they couldn’t fix it and informed me they had to cut it.

As they were planning to cut it, a voice inside told me to wait, there will be another opportunity to heal my leg. They didn’t operate, and I had to begin taking medicine, morphine, to manage the pain. I was then sent to Jordan where I did another eight surgeries while at the UN refugee camp. The UN had plans to send me to Canada, but it was getting delayed and the doctors were insisting that they cut my leg. I couldn’t take the pain anymore, and I was getting addicted to the morphine at age 13. With no home or family, and addiction, I dropped into deep depression and could not handle life anymore.

Thankfully, not soon after those dark moments I got a call from the embassy informing me that my tickets to Canada have finalized. That one phone call pulled me out from the darkness and changed my life. I was over the moon with joy. At Vancouver, where I was relocated, I did three more surgeries and my leg was finally fixed. I did need crutches while my leg returned to some form of normal, however I knew it will be okay as time went on.

Though they fixed my leg, I still feel broken inside. I had lost my home, my family and nearly my life at such a tender age. Life goes on, and I’m just trying to cope with the pieces I still have.