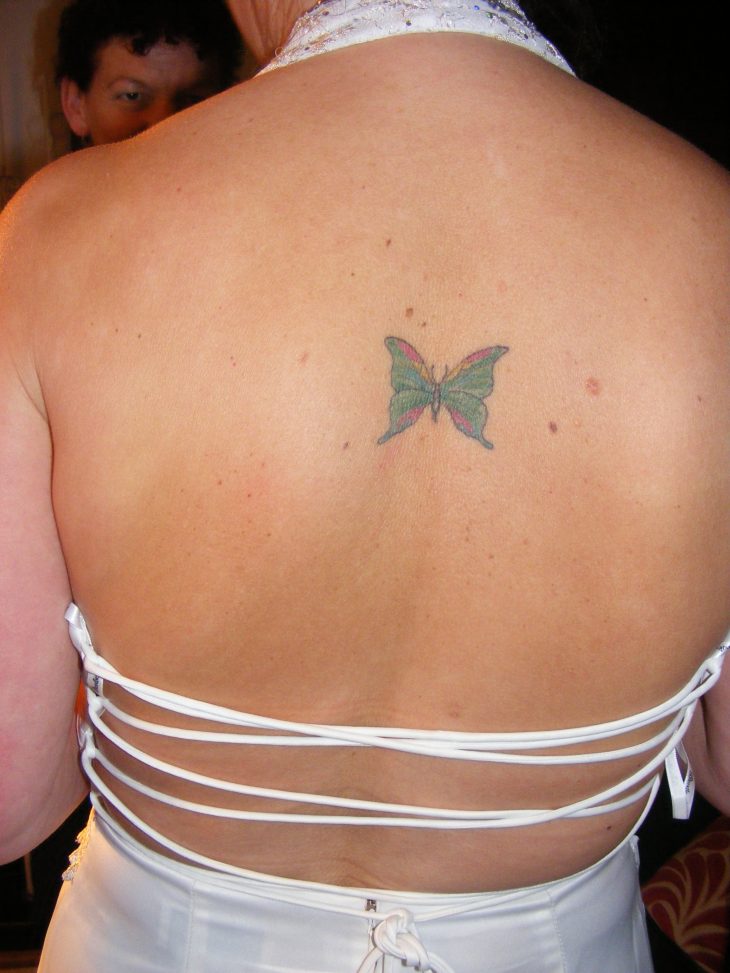 My Freedom Butterfly
“You see, butterflies are things of beauty and fly without being trapped.” – Bernie
“He wanted me to get a tattoo. I got one and he got angry because it wasn’t big enough. I found out that there was another woman who had a tattoo and he wanted me to be like her. There was a problem, she was petite and like a doll. Her style was very different from mine. I love my casual wear but he tried so hard to direct me towards heels and jeans with glitter and slinky tops. I began to hate going out, because what I wore became an issue and unknown to me, I was competing with a doll. The abuse was verbal, emotional and physical. I was told I was big, and the punches came when he wasn’t pleased with how I looked. Here I was in my 40’s getting another tattoo. He was adamant that this one had to be big. For me, it is big because the pain was bad. But he still wasn’t happy because it couldn’t be seen but I wanted it to be discreet.

I chose this butterfly, which I now call my freedom butterfly. You see, butterflies are things of beauty and fly without being trapped.
Once I reported all the abuse and my rape, I flew and regained my beauty by regaining my confidence which he had scraped away every time he abused me.

The abuse came in many forms and at unexpected times. My phone was checked when he thought I was asleep or I was in the shower. He shouted at me in public but strangely enough, people just walked by. I was called names and accused of not giving him money, even though I was paying all the bills and I gave him what I had. He threatened to cut me up and put me in the boot of my car, all because he wanted chipper food and I had no money to buy it! He urinated on me when I was trying to rest on my day off and then beat me for making the bed wet. Plates of dinner made artwork on the walls and to check on where I was he would ask me questions about something at home. A cream became his favourite item to question me about so I bought a second tube and carried it about with me always ready and gaining more freedom. He wanted control of me but didn’t want me, the person. He just wanted what he could gain from marrying me. I was a puppet in his agenda, an agenda which he had already got before even meeting me. Thankfully, I have turned my life around after getting help from Women’s Aid and the Rape crisis centre.”

I'm a woman who didn't know her own strengths until life threw her a few hard knocks. I am a public speaker who has turned these hard knocks around to help others and have an FB page called Speaking From Experience And My Heart while I blog, work full time in a supermarket and study to try and follow my dream. Being abused and robbed of my life savings never robbed me of my dream of using my voice to help others.