I’m Worth; My Story’s Not Over 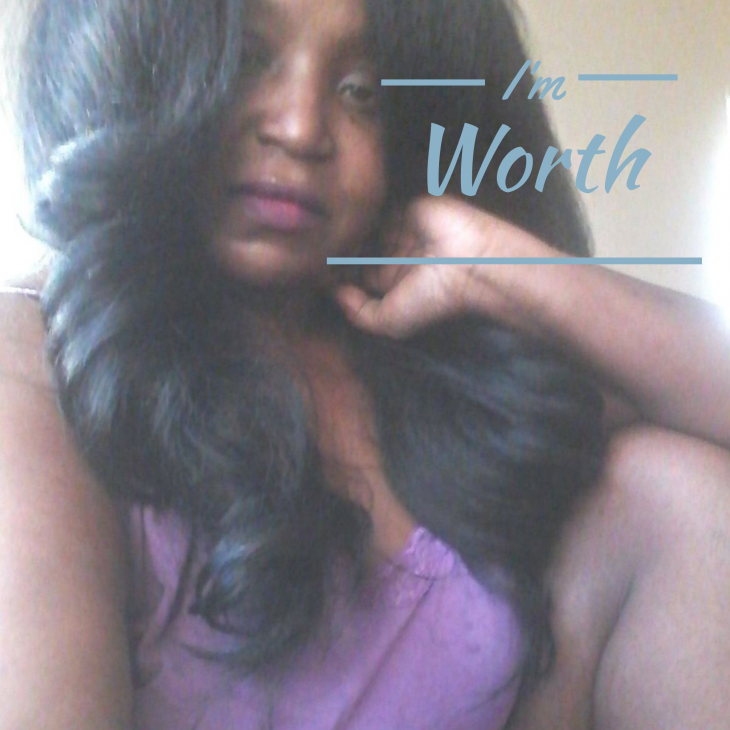 Dedication: I was sexually abused from before school until I was 17. The way I found out it was truly wrong and should not be happening is through word of mouth in high school. A woman made an impact that was talked about so widely that I couldn't avoided her popularity even with my deteriorated condition. Because of her, I did what she said before going to each commercial break. "Next time they want to, tell them, no! And those next times, I did. I told them, no!" That's how I stopped my 2 uncles and my brother. I watched her and did what she said. I truly wish I could thank her. Oprah Winfrey.

Trigger warning: Before reading this post, please be aware that it contains descriptions of childhood rape and other forms of abuse.

Hi, I’m Coffee T., a 52 year old woman who is disabled. I live with my youngest child/son of 4 children. He is a wonderful young man and does his best to take care of me. I have PTSD, Clinical/Major Depression, Anxiety Attack Disorder and Panic Attack Syndrome. I was diagnosed at age 26 in my hometown, St. Louis, Mo., home of the arch.

My story is that I was raised in a family of six children with both parents. I was the third child. I had an older brother and sister. I grew up in an isolated home. We were not allowed even to look out of the window shades, let alone go outside. We were taught to never tell our business, especially to White people. So I knew nothing about the outside world or socializing with people other than those who are on my mother’s side of the family.

I remember starting school already been having had sex and the sex continued until I reached my senior high school year. I had sex with the uncle on my mom’s side, who began the incest. Later while still very young, another uncle and my older brother. As years went by, my dad began approaching me by sneaking in my room fondling me, watching me dress and undress, coming into the bathroom only when I was there bathing or using the toilet, amongst other unwanted advances.

I grew up having sex as a way of life. I woke up in the mornings, got dressed, brushed my teeth, had sex, went to school, ate, drank, watched tv, had sex, used the bathroom, etc.. That was my everyday routine. I had sex nearly everyday, for many long dragging years. I knew nothing else. My childhood never blossomed. It was stolen.

When I told, I was well disciplined… for hours. No exaggerations. This is all true. After the beating, I went to school the next day and then to my grandma’s house. Until a few days later, my grandmother accepted me until my mom got to her. After coming home, she made me leave. My mother too made it clear that I could not live with her anymore. It got around fast, but it was twisted into a lie. No one would allow me at their home because they said I might lie on them or their spouse.
So I became homeless. It was scary and hard. My life was on the streets, having no one. It was hard because I didn’t know how to socialize.

Much happened in between the time I was on the streets through the years before I got help and an apartment for myself and my children. I was later diagnosed with the mental illness having the symptoms above. I couldn’t work. The dr said I waited too long to be treated. He said that I will have to take medicine for the rest of my life because the cell imbalance was too dramatic.

Although I still cannot work, I decided one day that I didn’t want to just exist. I have always written poems and short stories even as a little girl. Things had overwhelmed me throughout my life, but with God’s help, I was recently able to rebuild on my writing skills. I have already published 5 books. My first book is based on my true story, InCest; Green Clover Brown.

I didn’t want to write any books until I wrote my own story first, else I would continue putting it off while writing other novels.

One of my aunts who has never stayed in St. Louis, bought my book about my true story. It was the first time that she has ever reached out to me. Still, I found out that she was also a victim. And there were others as well. She would repeatedly tell me that my story was not over yet. She eventually called me and asked me if my mom ever told me who my real dad is.

That began a whole new cycle for me mentally.
I don’t know how to begin.

Still, I have continued writing. I’m on my sixth project. For me, remembering how my mind was to the point of no return, I feel that I have accomplished something amazing. I don’t know anything about marketing. But my books are still online at Barnes and Noble online Bookstore. I also host a podcast telling my story of incest in hopes to become an inspiration to others who have been abused.
Isn’t that tremendous!!!
I didn’t give up!

Thank you so much for allowing me to tell my story. I truly hope it benefits someone.
Coffee T.

I'm an author. I do still struggle with my mental illness since finding out that the man who raised me is not my biological father and my mom refuses to give me any information about him. My dream is to become success and overcome the mental illness stigmatized that I'm limited. I live near Atlanta Ga. after escaping St. Louis, Mo. I love kdrama. Of course, writing is my passion. I've never been married, although it would be nice. I have 4 children and lots of grandchildren. I'm a bit introverted yet at the same time I'm okay with meeting and socializing. My favorite colors are 1. White 2.Red Because of the abuse, I have a male preference. (?) I love to look pretty and I would like to visit the beach.