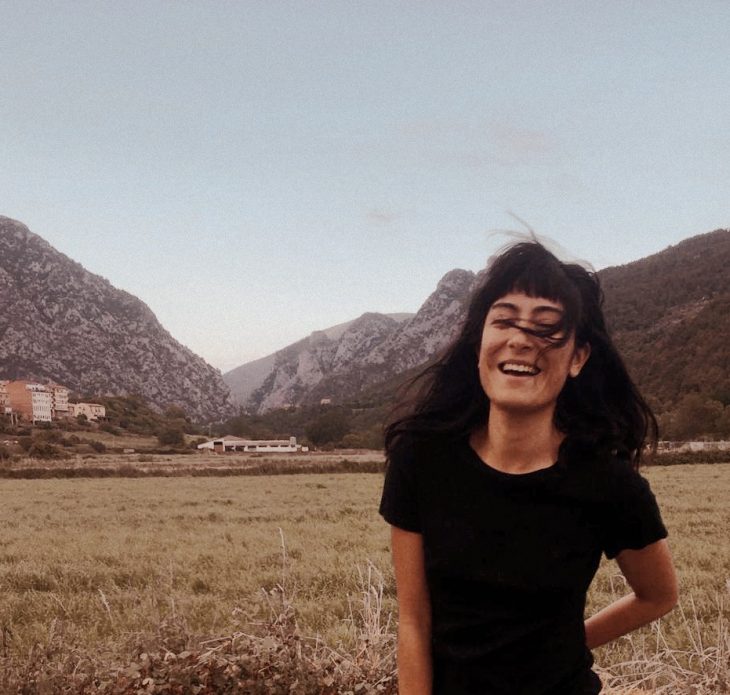 Dedication: To all women who taught me about empowerment, accompaniment, and female wisdom. To all those who fought for the rights that I can enjoy today. To my mom, my sisters and the men who never let me put my arms down.

My name is Natalia, I am 26 years old, I was trained as an Obstetrician in the provinces of Tucumán and Entre Ríos, Argentina. I consider myself a feminist, an activist for women’s and family rights, a tireless researcher, and a content creator about female sexuality.

My journey began at the age of 18 when I started a parallel training as a Midwife and as a Physician. I thought that from a place of power, such as being a Doctor, I was going to be able to do much for women’s rights within the hegemonic patriarchal medical system of today’s medicine, which I had experienced during my internships as a midwife in care facilities, where women’s sexual and reproductive health was based on practices of violence such as obstetric violence.

At that time, during one of my hospital practices performing an unnecessary routine intervention to a woman, the click of the conscience got deeper inside of me and many questions arose on my mind. What I wanted to become? what kind of health professional I wanted to be? how I wanted to provide an honest and quality service to women? In what moment I was turning myself in something that I didn’t want to be? like becoming a health professional useful for the system where there is no questioning about health practices performed on women and their bodies.

Since then I began to find answers and to realize that a place of power would not make me someone who would help women’s rights to be fulfilled, but instead will make me an indoctrinated person wasting a lot of time learning treatments and protocols that invade female physiological processes and their decisions. This is when I decided to give up my medical career and when the magic began. I came across of a beautiful collective of women who taught me about struggle, empowerment, endurance, and love. Among them, my first Doula who took me to the to the world of home births where I fell completely in love with this care model. At the age of 20, I experienced the attendance of my first home birth, which still makes me feel goosebumps of emotion. Afterwards every birth came full of fascination. Each of them with an especial teaching, which I believe has to do with the wild power that women have.

A movement started growing in my province, so we created a group of women to share our knowledge and to lose the fear imposed by the health system about our sexual physiological processes. We started to regain the sovereignty of our bodies, which was taken from us at a young age considering that almost 80% cases of sexual abuse among girls happen during their childhood. Many of these girls, depending on their culture of origin, grew up with misconceptions about their sexuality like looking at menstruation as something dirty or forbidden with lack of access to feminine hygiene products or seeing childbirth as something fearful including suffering and pain that must be silenced.

One day while participating in a television interview, I speak up about the legal women’s rights that should be respected at childbirth and about sexuality. My statement was rejected by the entire perinatology department at the hospital where I was working, and I ended up without a job for sharing empowerment tools for women. While feeling devastated, I realized that the system was not looking for women who decide and think for themselves and their unborn child, but it was interested in submissive and quiet women. This is when the questions about loving or not what I was doing re-emerged. I understood that I didn’t want to work for a health system that vulnerates women’s rights. I realized that I did not want to work for a system that not only violates women’s rights but also my professional’s rights, so I accepted the suspension and started seen myself in an independent body.

My path became a constant quest to generate knowledge and training to provide the very best to the families and women that I was serving. The beautiful female physiology guided me to a research work on the rural and empirical midwives of the north of Argentina and the shipibo connibo community in Peru. Through that research I learned about the natural gynecology, pleasure, sexuality, parenting, phytotherapy and ancestral midwives. With all the knowledge acquired, I started creating workshops to share with other women. However, after a while, I felt the need to enhance my knowledge, so I prepared my backpack and traveled to Migjorn, a birthplace in Catalunya, Spain. In this place I learned from beautiful midwives and from Montse Catalán, its co-founder, about managing a birthplace and its operation. After acquiring the experience in this primary birth unit, a new calling came to me. This is when “Artemisa”, an online and nomad project was born to provide holistic services to women during all their sexual and reproductive stages.

I remain in Europe and I don’t know yet about my next destination. I know that that there is much to learn but unlike when I started, I am no longer afraid to become what I really want to be. I keep looking to build and deconstruct the midwife and woman that I dream of.

If there is anything that all women should keep incorporated inner in our bodies is that regardless of the system, we have each other, and we only need to look to the side to see ourselves on other women. Don’t let anyone tell you what you can or can’t become. Don’t be afraid. When I was afraid of a system that was oppressing me and feeding my insecurities, I couldn’t recognize the goddess and the wisdom that it was on me and that I was willing to share. Get together with other women, believe in yourselves and in your wisdom and know that you will only growth from that gathering.
~
Natalia Mansilla originally posted her story in Spanish and then gave us permission to also post the story in English. We thank our dear friend, Alexandra Hernandez for translating Natalia’s story. Here is the link to Natalia’s original post in Spanish … https://sayitforward.org/partear-la-vida-toda/