Catherine Constantinides – A Superhero Without A Cape 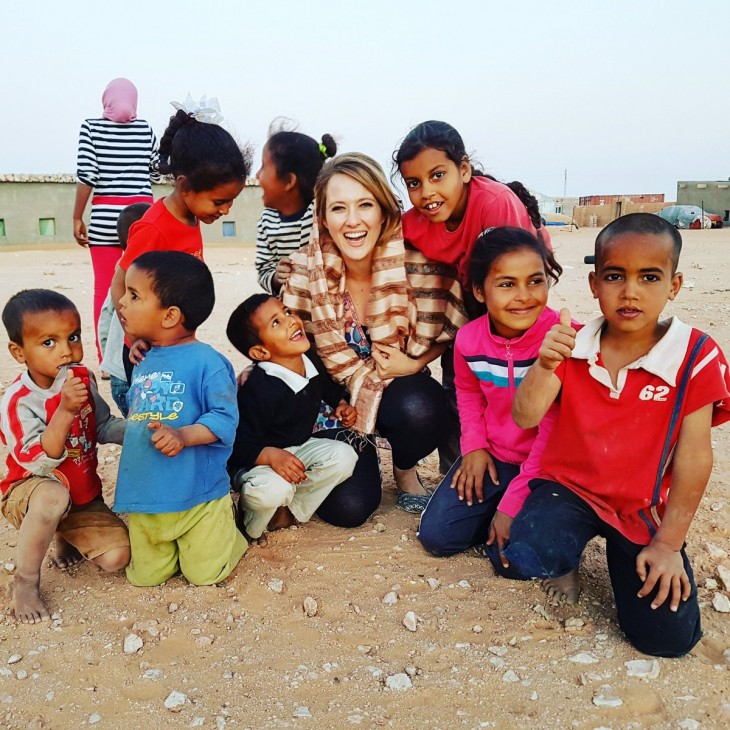 Dedication: Dedicated to Catherine's little human and to the Saharawi people.

Catherine Constantinides’s list of achievements and accolades is long enough to fill pages of books yet to be written by her and about her.

Who starts their first business at the age of 16 to highlight social issues? She did. Who has been named Top South African Young Woman Entrepreneur for Women Empowerment, as well as South African Youth Entrepreneur at the South African Premier Business Awards? She has. Who has ambitions to be a published author, and started a music, entertainment and arts magazine by the time she was 21? That would be her, again.

And who has set her sights on, one day, entering politics with the ambition of attaining the highest seat of power in South African government? You guessed it. Constantinides.

It is difficult to imagine that all this energy and drive exists in a single person, who also happens to be executive director of Miss Earth South Africa leadership programme, a movement to empower women in the climate, sustainability, food security and conservation sector. Oh, and on top of that her latest mission is to help the Saharawi people gain self-determination and sovereignty of their land, the Western Sahara.

In case this is not enough evidence of Constantinides’s capacity as a young role model, she was the youngest of 20 emerging Africans named as an Archbishop Tutu Leadership Fellow in 2013, in 2015 she was named one of the 21 Icons of South Africa and in 2016 she was chosen to be a part of the Mandela-Washington Fellowship.

She sees herself as an out-and-out social entrepreneur with a vision to change the world. She lives and promotes these values through her work, including another programme she co-founded – the international climate youth network Generation Earth.

“We need to teach people to dream and to hope because it’s only when members of society believe in something greater than the circumstances they found themselves in, they become active citizens that achieve change.” – Catherine Constantinides