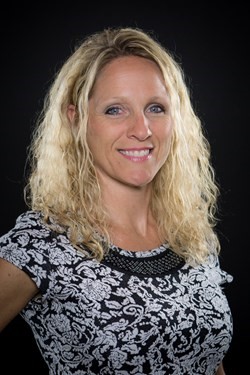 When you were younger, did you ever think that life as an adult was going to be easy? Simple? Full of happiness every day or a Cinderella wedding? Well… that was me.

As a child of divorced parents, I was a victim of physical and mental abuse from my dad and step-mother. I had gone to live with my dad after my parent’s divorced at the age of six. Due to the abuse and lifestyle I had to endure throughout those years, I never felt good about myself. I did not think I was ever good enough and my self-image was extremely low. Finally, when I was old enough (according to the court system) to decide where I wanted to live, I moved away and went and lived with my mom and step-father for the duration of my middle school and high school years. I chose to go to college close to home.

After college, I did not know what to do with my life. I thought I was living the dream. I got married and started working for a local bank where I discovered my love for people. During those years, I hadn’t taken great care of myself and continued on the path of having a low self-image. I let my weight go. I was near a size 20 and weighed almost 200 lbs. I got pregnant and had a beautiful baby girl. After my daughter was born, I felt I needed to do something for myself. Prior to this point in my life, I really did not like who I was and who I had become. I started exercising and eating healthy. I started losing weight and feeling good about myself. Two years later, I was a single mother. Certainly not how I envisioned my life to be. I was raised in a church and always told that God wouldn’t give us more than we could handle. I was beginning to wonder.

Over the next 17 years, I have remarried and maintained a 65 pound weight loss. I found my passion and addiction for exercise and nutrition. I dug deep into my heart and found some love I didn’t know existed on the inside.

I have completed several marathons, half marathons and half lronman’s. In 2012, I completed my first ever lronman. If you do not know what an lronman is, it is a 2.4 mile swim followed by a 112 mile bike and then a 26.2 mile run all completed in the allotted time of 17 hours. It was the hardest, most challenging and most rewarding event I have ever chosen to put myself through. Exactly 30 days later, my husband and I were on a windy bike ride when my front tire clipped his back tire catapulting me over my handle bars into the middle of a busy highway. Miraculously, I was not hit by any cars. Unconscious for 48 hours and after lengthy testing, my diagnosis was extreme. I had shattered my collarbone, broken five ribs, fractured my pelvis in three places, had bruised lungs, a torn hamstring, bruised both of my knees, received a concussion and vertigo. I was transferred to a trauma center an hour away. Surgically a plate and seven screws were inserted in my collarbone. I spent a week in the trauma center and was then transferred to a rehabilitation center. In the months following, with hours of daily physical therapy, I progressed from a wheelchair to a walker, then graduated from the walker and was allowed to walk unassisted with the help of many therapists. Determined to get back on my feet and get back to training, I made an amazing recovery. Fifteen months later, I was released from physical therapy and completed a half marathon. A day full of happiness and emotions. I started coaching and educating others on how to take care of their bodies helping them succeed in their weight loss journeys.

In February 2015, exactly 15 months after my release, my husband (an avid skier) and I went to the slopes. In many previous trips I would read or study. That day after much convincing, I chose to ski. The last run of the day, I was hit from behind, without warning, by an out of control skier flipping me backwards in the air. I landed in extreme pain. After being transported to our local hospital, doctors assessed my injury. Again extreme. A femur shattered into 15 pieces accompanied by three fractures in my knee joint. The next day I was in surgery. I was offered a blood transfusion which I refused. I had decided if this was how God was ending my time here on earth, then I was okay with that and knew that it was my time to go. During surgery, I lost five out of ten pints of blood our bodies hold. A rod was placed through my knee up the length of my femur accompanied by six screws. How could this happen? I was angry. Very angry. I cried. I screamed. I yelled. I would have kicked if I could have. All I could think was why me? Why me?

I was signed up to compete in my 2nd Ironman race in seven months. The doctor said “I’m sorry Stacy. There is no way you will be recovered in time to compete. You can not race.” Devastated and heartbroken, I had to start over again. I have had three surgeries since my initial skiing accident. My recovery has been miraculous. My doctors say I am a walking miracle. I have completed several century rides and last year I competed and won the title of Mideast Aquabike Regional Champion. I’ve had much time to reflect on the events and lessons in my life. I almost died twice. Philippians 4:13 says “I can do all things through Christ that strengthens me.” See, giving up is not an option, no matter what challenges or circumstances cross your path. Helen Fielding states “The only thing you can change is the present, so learn from the past.” I have been given a 3rd chance at life. I now know the answer to my question of why me. I was put through these trying times to coach others, to inspire and motivate, to encourage those who want to stop trying and to offer my trials and tribulations as testaments of strength and courage. I have one question for you. What will you do with and how will you spend your time on this earth?