The Mother I Wish I Could Hug 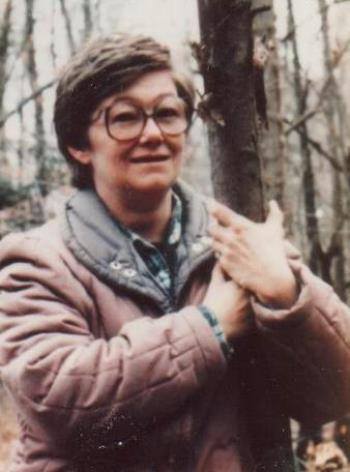 I was privileged to read the personal diary of a 19-year-old mother who gave her child up for adoption. It was 1966, and being an unwed mother was about the worst thing that could happen to you. She already felt ashamed, but after telling her mother she was pregnant, she was made to feel even worse. This was an embarrassment to her family.

Her mother took her to the doctor, where it was confirmed she was indeed a few months pregnant. Her mother told the doctor to do ‘whatever he needed to do to get rid of it!’ He said there wasn’t much he could do, but gave her five pills to take, to possibly make her miscarry. She told her mother she would not take the pills, but she was forced to swallow one each morning, as the doctor prescribed. She was horrified! She wondered, “Why are they trying to kill my baby?” She felt helpless.

When the pills failed to terminate the pregnancy, her mother told her to get in touch with the father of the baby. She had been engaged to him, but he cheated on her, and seeing him was the last thing she wanted to do. When she told him she was pregnant, he asked whose baby it was. She was furious! Later, when his own father told him he had to ‘do the right thing’ and marry her, she asked him two questions:

Her answer was, “Then you can go to hell, because I will not bring a baby into a home where there is no love of a father, and where you won’t even admit to being its father!”

Now that she was an unwed mother, her own mother went about figuring out how to hide her. All the decisions were made without her consent. She had no say in the matter. They found a Catholic home for unwed mothers and she was sent there to live, in hiding, for the duration of her pregnancy, where she would ultimately give her baby up for adoption.

No one was to know she was there, and no one could visit her. They even changed her last name so no one could contact her or find her. It was worse than jail. Even prisoners were allowed visitors.

She had to work next door in the hospital’s kitchen forty hours a week to offset the cost of living in the home. She only received $10 a week to keep. Often, she was sent to work in the hospital nursery, when they were short-handed, which was a cruel irony for someone who was being forced to give her baby up for adoption.

Thankfully, she could relax in this home, and be around other women in the same predicament. The priest that was there, Father Joe, was kind to her and never made her feel guilty or ashamed. He showed them unconditional love and support. It was just what these young women needed during such a difficult time.

One of the things she spoke about in her diary, was the horrible nightmares that all of these women shared. They would dream about their beautiful, unborn children and their future. These dreams always turned into nightmares when something awful would happen to their child. The tragic ending was always the same. They would think, “If only I didn’t give this child away, I could have protected them!”

When the babies were born, they were whisked away while the mothers were still under anesthesia. They would never see their child again. The unbearable pain and guilt never, ever went away. All of the not knowing where they were, or what happened to them, was torture…

This mother was different. She refused any anesthesia or pain medication for fear they would do the same to her. She went through terrible agony just so she could see him. When her son was born, they tried to take him away, but she insisted she be allowed to hold her son! They refused to let her, but she was tenacious! She insisted that she be allowed to hold him and feed him while she was in the hospital. She even named him. His first name began with the same initial as the biological father. His middle name was Joseph, after Father Joe, who was so kind to her.

She planned to have him baptized by Father Joe on the last day she was in the hospital. While she was showering, they came and took her son. She wrote in her diary of the excruciating pain and emotion of having her son ripped away from her without even kissing him goodbye. Father Joe was there, and let her go crazy. She even left scratches and blood on him and he told her that she broke a chair, a vase and a picture of the Virgin Mary, screaming at her that “she knew how it felt to have her son taken away from her.” She didn’t recollect any of it. She was exhausted and defeated. She had never felt so helpless and horrible.

Then she was sent home to forget.

After she got home, she was deeply depressed. Her friend asked her to come over to her (and her parents) house for dinner. It was the last thing she wanted to do. Somehow her friend convinced her, and that night was the beginning to answered prayers. After a long conversation about all that had happened, her friend’s parents decided they would adopt her little boy. He was to never know that she was his biological mother, but she was able to see him and visit him.

If she couldn’t raise her son herself, this was certainly the next best thing! It was sweet relief to her soul, and she was grateful.

I am thankful for that family who stepped up and adopted that little boy, when two out of three of their daughters were already grown. They gave him a good life and allowed his biological mother to be a part of it, even if he didn’t know it was her.

The family that adopted him? They are my mother and father-in-law. And that little baby boy? Well, he’s my husband.

Unfortunately, Eddie’s biological mother passed away before I was able to meet her. I wish she could have seen Eddie as a father, and known her grandchildren. She would be so proud of him.

But today, the day before Mother’s Day, I am thankful for her. She was so brave. I wish I had known her, and I wish I could hug her.

I honor you this Mother’s Day, Kathy, and I am grateful that you chose life.

I am a wife, mother, grandmother and contemplater of life. I like to ponder things. I roll them around in my head and try to make sense of them, to find their purpose. Everything in life has meaning, I don't believe in consequences.