What a mirror really shows 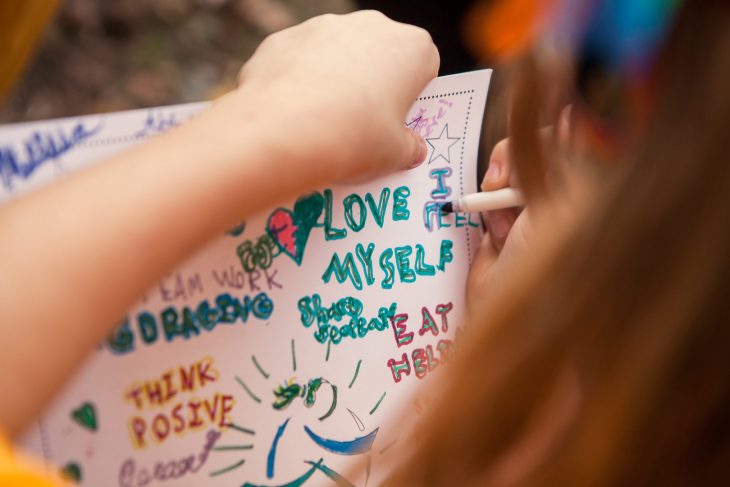 My story begins with my friends that coached for GOTR. For several years they mentioned that I should coach as well. All I knew about it was the name – and the name intimidated me, because I am basically the opposite of a runner. Don’t get me wrong, I am athletic, but running for the sake of running has never interested me. How could I coach girls to do something I had no interest in? Little did I know, this program is about SO much more than running a 5k. My friend Elizabeth and I decided to coach together. Elizabeth is a runner. She is a type A personality when it comes to setting goals and achieving them. She is one of the most focused and determined women I know. She is also someone I hold in the most highest regard because she is also warm, honest, kind, loving and thoughtful. That’s why I decided to say yes to coaching with her. I had no idea of the magic that would be ignited as we teamed up to lead this group of young ladies. The first day was more intimidating than I could’ve imagined. Let’s just say that the 10 week’s of the program helped me to realize how much I was conquering my fears and insecurities as I was coaching these ladies to do the same. During one team exercise, we were discussing media and how things in magazines aren’t always as they appear. It didn’t seem to be really resonating with the girls. Coach E and I looked at each other and decided to formulate a new game plan. We asked all the girls to go into the locker room with us. We asked one of the older girls to stand in front of the mirror and tell everyone what she sees when she looks at herself. She was dead silent. Everyone was silent. As Coach E and I looked at each other, one of the other girls yelled out, “I see a great friend!” Another girl chimed in, “I see someone that was nice to me!” Suddenly the room was inundated with positive affirmations that helped that little girl to see in herself everything that all the other girls saw in her. It was beyond amazing. We did this for each girl on the team. The positive energy as we walked out of that locker room we so powerful that I was moved to tears. One of the best lessons that I learned is when I look in the mirror, I shouldn’t be looking for things that are wrong that need fixing, but I should be noticing and telling myself all of the amazing things about myself that I see. Without GOTR, I may have never learned that lesson. I am blessed to have been a coach and to pass those lessons on to other girls that are working their way through life and striving to be strong, independent women one day.

I love to experience new things