Madame Secretary General From the Slum 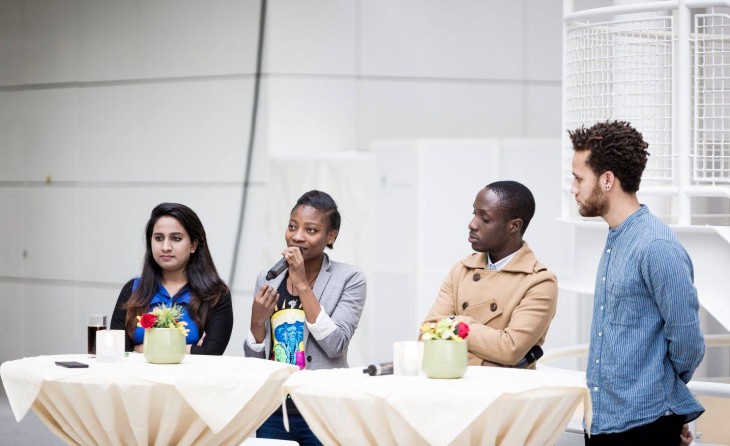 A few days ago, I was asked again a question I receive quite often, “How did you grow up so differently from the ghettos where you were raised?” My answer has always been simple, the Missy Bell kind:

I grew up in a slum where the first words children learnt were vulgar insults that were used morning, afternoon and night as “friendly greetings,” or would lead to minor conflicts, depending on who was at the receiving end of those insults. Girls who got pregnant were chastised and forced to live together with the boys or men who impregnated them. Girlfriends were made to believe that their boyfriends beat them because they ‘loved’ them. NO never meant no to the men in my community, and especially meant YES when the question was, “Would you have sex with me?

I wondered what the response ‘YES’ meant to them though. Seeing these made my heart bleed, but this was the norm I was brought up to know. I knew though this should not be normal and I needed to do something about this. At age 7, we moved out of this community and have since lived in 2 typical Ga communities. All of them had the same DNA as my first; all slums. But I turned out different because it was only through being different that I could cause the change I dreamt of.

For my basic education, my parents enrolled me in an expensive private school – too expensive, as compared to their monthly earnings. I was being sacked for school fees every term. Sometimes when things got really difficult, I would suggest hesitantly that maybe I should be moved to a public school where the fees were much less. But mum would insist that she wanted her daughter to get the best of education.

All through school, amongst the numerous (ever-changing) dreams I had, I finally settled on hoping to become the United Nations Secretary-General. I wanted my community to change, and thought the world was pretty much the same as my community so would also need a touch of my personalized Midas touch of change. Well, I grew up realizing that different parts of the world faced different challenges and some were better developed than mine. I learnt from being an 11 year old advocate at Curious Minds – a children and youth-led media advocacy organization – that when issues are agreed at the United Nations, they affect everyone. This meant that becoming the UNSG was still a valid dream.

Twenty-six years down the lane, I have contributed to the world’s development framework and agreements. Many girls, including my two younger sisters, look up to me. I have, through Curious Minds, used radio to create awareness and initiated dialogues on issues that many Ghanaians would not want to talk about, even though life-threatening; unsafe abortion, teenage pregnancy, maternal mortality, child marriage, and so on. These dialogues and calls for accountability have caused stakeholders to play their rightful roles in ensuring that young people grow up in a healthy, conducive environment and are empowered to fulfill their full potentials.

Though my journey has just begun, I hope part one of my life’s story inspires many others, especially girls and young women, to join me on this journey. Do not ever feel greatness does not come from slums.

Edith Esinam Asamani is a strong children, youth and women's rights advocate who is passionate about changing the world with and for young people. Currently, she is the Advocacy Officer for Curious Minds, a young people led media advocacy organisation in Ghana. She was the Conference Coordinator for the 7th Africa Conference on Sexual Health and Rights and a Co-coordinator for the dance4life Changemakers - the international youth-led advocacy group of dance4life. She is a Women Deliver Young Leader and has gained some voluntary work experience with UNFPA and UNICEF in Ghana. She has also been actively involved in the Post 2015 agenda and in all levels of discussions and advocacy on the new Sustainable Development Goals.