Getting my groove back 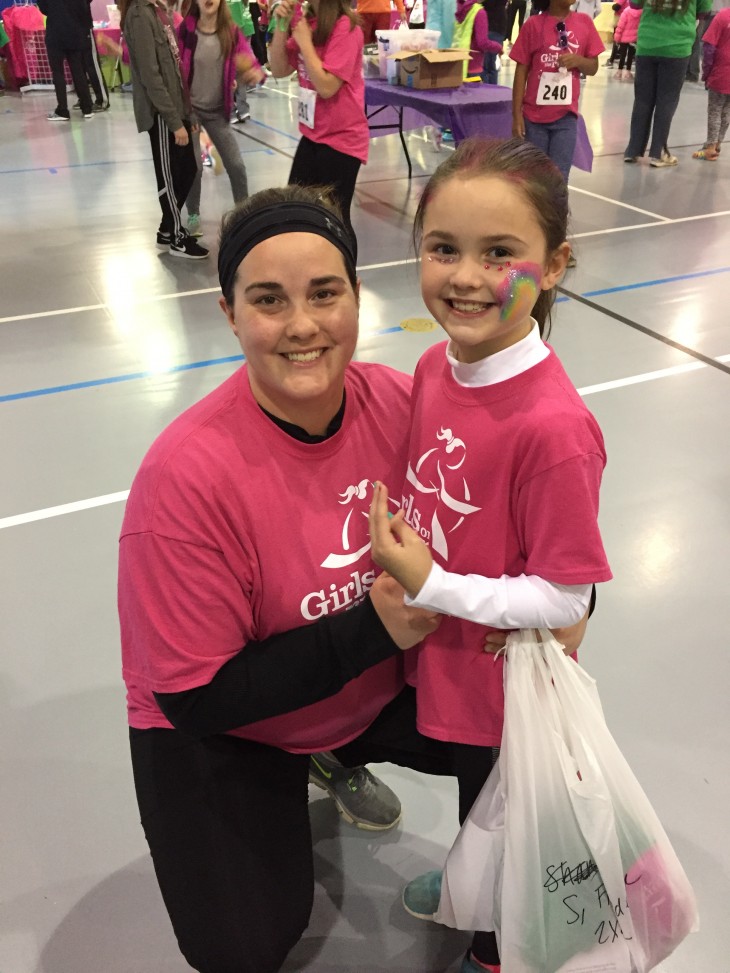 Girls on the Run entered my life at a time when I didn’t realize I needed it, or was looking for it. On my daughter’s last day of school in 2016, I received a call from my doctor telling me that I needed to see an oncologist. As it turned out, I had Stage 2 Non-Hodgkin’s Lymphoma. For the rest of that year, I underwent intermittent chemotherapy treatments that left me feeling tired and weak. While I may never know the true cause of my cancer, I do know that being overweight probably didn’t help matters much. I told myself that I was going to make efforts to making a lifestyle change so that I could prevent a reoccurrence of cancer and prevent other harmful diseases as well.

When the school year started back up again, an opportunity presented itself for my 9-year old daughter to join Girls on the Run. Having never heard of the organization before, I thought it would be a great way to introduce running to her at a young age, in a fun way. I wished a program like that existed when I was younger because I have a hard time motivating myself to run now. My lifestyle change commitment was not just for myself, it was for my family too. I wanted to make sure that we all started making healthier choices.

I, personally, was not involved in the fall season, but I would always come a little early to pick my daughter up from practice to watch what they were doing. I assumed when I signed her up it was going to be like any other track or cross-country running program that you see for high school kids. I couldn’t have been more wrong. My daughter would come home with papers about the lessons they went over during practice relating to topics like positive self-talk, bullying, encouraging others. While they did practice running too, there was much more value in it than the exercise she was getting. I realized how much Girls on the Run helps empower these young girls. It was really cool to watch! When it came time for the 5k, it was so awesome. The whole event on the day of the race was a great way to treat these girls like the stars that they are. It motivated me, the non-runner, to want to be a part of this wonderful organization.

My normal approach to exercise has been to do it in the most private setting possible because my lack of confidence and fear of outside judgment has always held me back. Trying to make positive changes in my life, it made it a perfect decision to volunteer to coach Girls on the Run. It was going to serve a few purposes. It would give me the chance to spend quality time with my daughter, it would be a great way for my daughter to stay active, and it would push me to be active too. What I wasn’t expecting was to learn lessons from the girls I was coaching. I got to listen to these young girls share their own struggles of acceptance and feeling comfortable with themselves, and then watch them push through their fears and conquer them. It was through coaching these girls that I, the coach, received my lesson.

Even though I had the goal of being healthier after my diagnosis, my road has not been perfect. I would love to say that I hit the ground running and never looked back. That would be a huge lie, but one thing that I have done is make small steps toward achieving that goal. Little by little I am changing my life for the better, and hopefully, setting a good example for my kids too. One this is certain, Girls on the Run has made an impact on my life and has made me feel empowered too.