Being A Young Lesbian 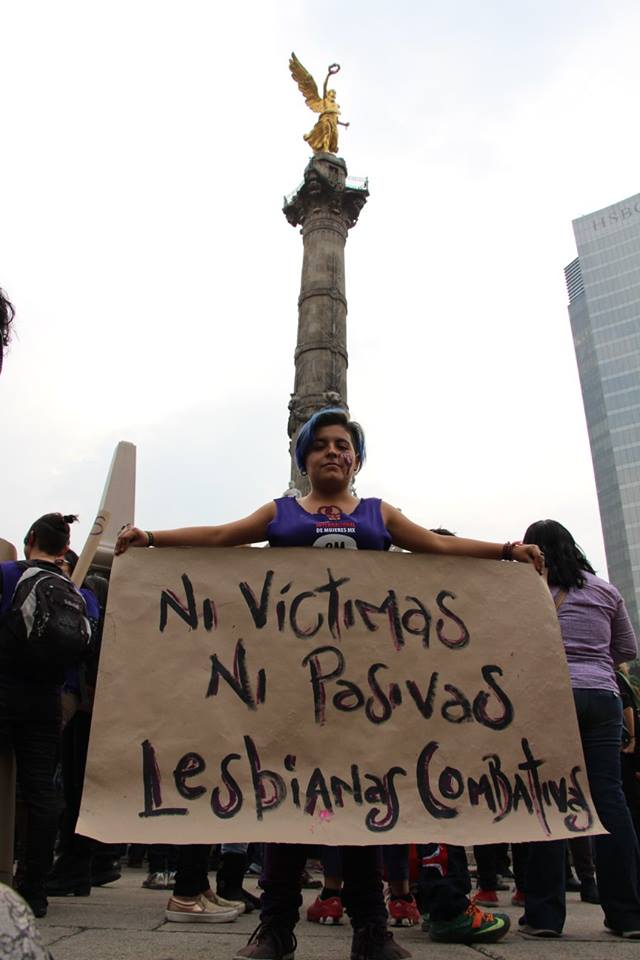 Being a lesbian is the best thing that has ever happened to me. I wish I could have imagined this possibility when I was younger, because when I was 11 or 12 years old, all I knew about lesbians were discriminatory things. But when I was teenager, I discovered myself. At first, of course, it was difficult; it is scary to be what people forbid or deny. But over the years, I understood that the problem wasn’t me, that being a lesbian isn’t bad or something to be ashamed of. That was the way I found the power of my voice, my body, my feelings, and my ideas.

I was in high school when I decided to tell my friends, and some teachers, that I was a lesbian. I became the person who knew about rights. Some people from school sent me messages to tell me that they were LGBT too and wanted to come out, but didn’t know how to do it. I was the one who denounced teachers who said homophobic comments. When I was 17, I represented young lesbians from civil society on an advisory board led by the state government to drive attention to the issue of sexual diversity. That’s the way I started my advocacy work for people’s rights.

Today, I work for a lesbian feminist civil society organization. I investigate how lesbians live, how their health services are, how they are treated, and how they exercise their rights. My colleagues and I use this information to create proposals with public institutions or partners that advance the rights of of lesbians in my city, in my country, and in my region.

When I was a child, I never imagined that my life would be what it is now because I was never allowed to dream with freedom. But I love the life that I have made for myself. Unlike everything I heard when I was younger, being a lesbian has allowed me to listen to other women and value their voices, and to value my own voice.

And I would like to tell other young lesbians that there is a wonderful world to discover. There are other women like you, who are willing to dream together and make those dreams come true.