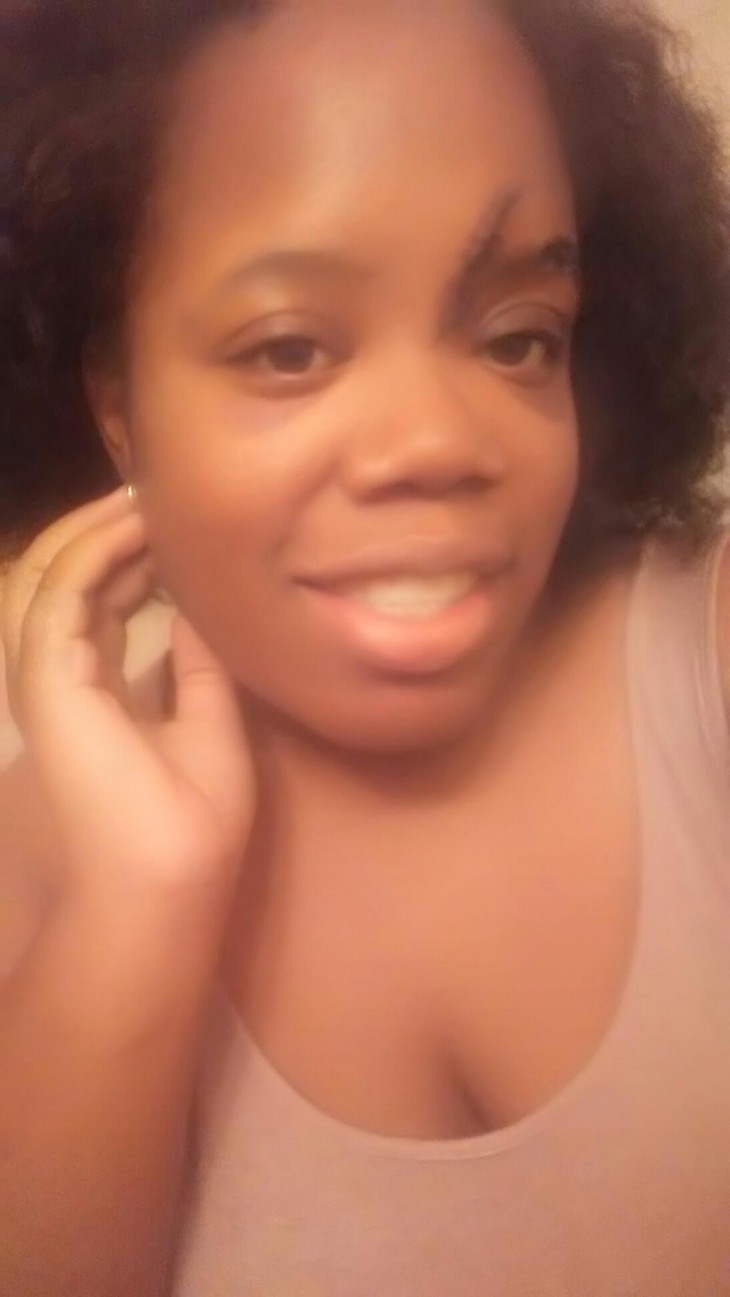 Wednesday night of November 1, 2017 I was beaten half to death by my ex boyfriend. He kicked me, punched me, pistol whipped me and took the battery out of my phone therefore, making it impossible for me to call anyone or for me to leave.
I never thought that someone I cared so deeply about would ever hurt me in as many ways as he did. But as much as he hurt me that night, what hurts more is that everyday I think about that night. I can’t sleep at night because I have flashbacks of the things he did to me. I can’t take a shower without feeling the water hit the scars on my face and feeling the pain that he caused me. I can’t go outside my door without fearing that he’s going to come around the corner and do it again. I’m afraid to be alone because I’m scared that he might just show up at my door and hurt me again.
That night I was taken to the hospital because I had multiple cuts on my face. But none of that compares to the pain that he have caused me inside. He have changed me, that night he made me believe that I was nothing, he made me believe that my life did not matter. He made me question why I was even alive, why did he let me live that night? Because at one point he almost killed me. I’ve gone through a lot in my life but nothing compares to how weak he made me feel. Even after the cops came, they let him go.
After I got out the hospital and after I was able to go home I broke down. I couldn’t look at myself because my scars reminded me of what happened and at night I couldn’t sleep because I was fearful that when I closed my eyes I would see him and I would remember everything that happened all over again and I just want it to be at peace. I didn’t want to have to remember what happened. I didn’t want to have to go on with the rest of my life knowing what he did to me and knowing that there’s so many people out there that look at him like he’s a god, that worship him, that think that he is such an amazing person because even though he started off that way, I know that that’s not who he is.
So my only answer was suicide, he hurt me so deeply that I wanted to take my own life. I didn’t want to be here anymore. I didn’t want to go through this anymore and I shouldn’t never had to go through what I went through. I wanted to kill myself because I just wanted it to be over, that I didn’t want to live in fear, but I’m scared. I’m scared to go out at night, I’m scared to walk out of my front door, I’m scared that I might run into him in the future because we both be in the same neighborhood. I’m scared that I will never be the same person that I was before and I’m right, I won’t. He changed me. I wanted to kill myself but I knew that if I did, it would be one more thing that he took away from me. He would be taken away my chance of living life. I would be saying that he deserves to live more than I do because of what he did to me and that’s not right.
So many people have made me feel that whatever came out my relationship with my ex I deserve but I don’t really think they understand the power of those words. They probably thought like, “you know what if your heart gets broken you deserve it because you’ve gone back to him so many times. Or if he cheats on you, you deserve it because he did it once before. Why were you stupid enough to go back to him?” You deserve it. I don’t think anyone could ever think that those words would one day mean “he abused you, but you went back to him so you deserve it.”

I deserve to be alive just as much as he do and for that reason I am here today. I’m still breathing and I promise I’m just going to get stronger because I won’t let him take everything I work so hard to get to.

I am twenty four years old. I am learning how to be a voice and not a victim.