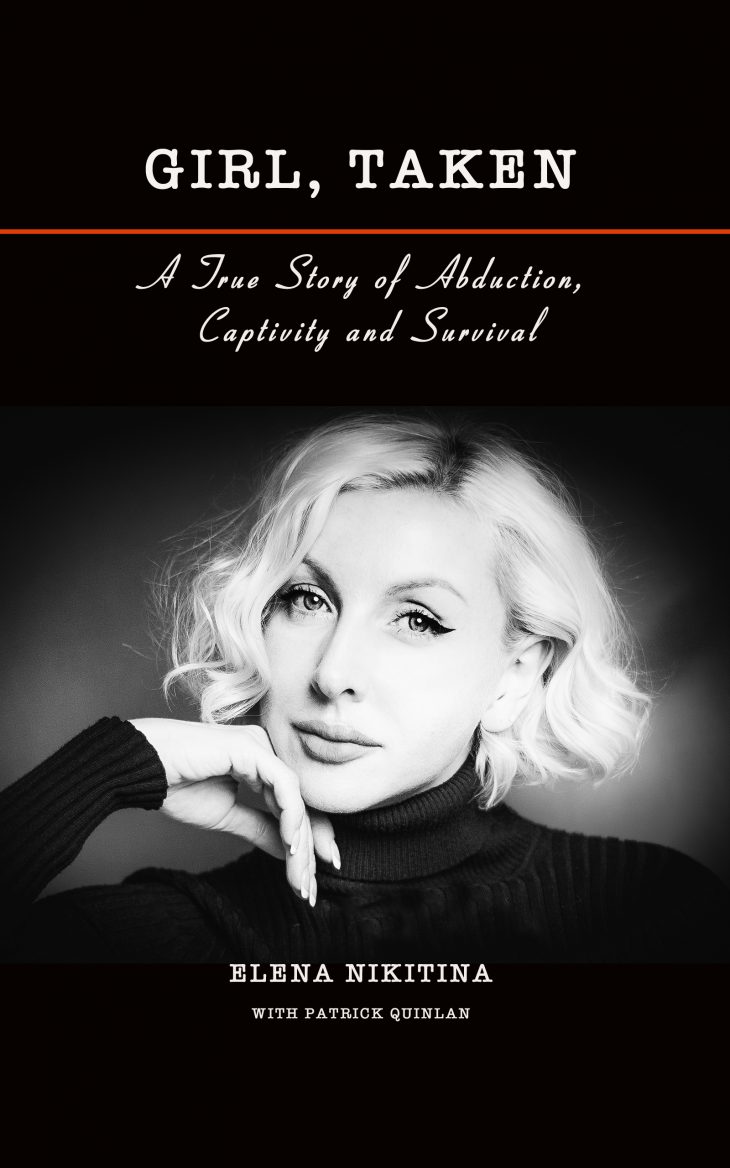 Trigger warning: Before reading this post, please be aware that it contains descriptions of kidnapping, captivity, and the violence of war.

The world is full of victims.

In the fall of 1994, a terrible thing happened, and I became a victim myself.

It can take just moments to turn an innocent person into a victim. But how long does it take to turn a victim into a survivor? For me, it took 247 days and nights to know that I was a survivor… And another 22 years to really start feeling like one.

September 15th, 1994. I’m turning 21. I feel so free and joyful. I’m a happy student, in love with my boyfriend and life seems like such a wonderful thing, filled with amazing dreams and great hopes. We are having so much fun planning our future, expecting that something truly magical is just about to happen.
I remember that time so clearly because it ended very abruptly and suddenly.

Just three weeks later, on the evening of October 4th, I was abducted from the streets of my town while on my way home. They drugged me and drove to another country, where they kept me prisoner in a tiny room at first, and then under a house in a pit. The kidnappers spoke a language I did not understand.

I didn’t have a toothbrush, comb, no other clothing or even spare underwear. Every day, I had to knock on the door to my room, so that a gunman would let me out and walk me to the bathroom under his supervision.
During my first days in captivity, I had no idea where I was, why I was there, and I didn’t even understand what anyone was saying. After a while they told me I was kidnapped, and they tried to ransom me back to my mother. They told me I was taken to Chechnya.

Every day was the same – it did not come to an end, but transitioned to the next, looking exactly like the previous one. Short dreamless nights turned into endless and pointless days, full of hope in the morning and sorrow by nightfall. I would have preferred to never wake up at all until the day of my salvation. I was pretty certain that one dark night, salvation would come. Special police forces – a SWAT team – would storm into the building and save me.

A few weeks later, a brutal civil war broke out. Chechnya had declared its independence from Russia, and Russia would not allow it. A great army invaded the tiny country, yet no SWAT TEAM was coming for me. All contacts were cut off and the country plunged into darkness. There was no electricity or telephone service, meaning no more negotiations for my release. I felt like one lost soul, totally feeble at the mercy of hardened killers in a land where innocent people were dying every day. But now, these gangsters suddenly saw themselves as patriotic freedom fighters, and I was their enemy – the face of the invader.

Events went from bad to worse. Life became very cheap, very quickly, and Chechnya became an apocalyptic killing zone. I was always in darkness, always under threat. The captors threatened to cut me into pieces and shoot me. I saw things I can’t bear to think about, and I witnessed the horror of war.

One morning while I was being held, my captors suddenly decided to take me out of the room and outside. They covered my eyes and drove me somewhere. I had no idea why or where, being blindfolded for a while. When the car stopped and I removed the bandage I saw the evidence of the recent fighting – bullet-scarred buildings charred by fire, burned out Russian tanks and trucks thrown askew like broken toys. The trees were bare, and the new snow that barely covered the ground was mixed with mud and blood, white and brown, with jarring smears of bright red. The buildings were destroyed, crushed and smashed as if by an army of giants. I figured we were right in downtown Grozny.

They parked near a large tree with massive naked branches spreading out to the sides. Needless to say, I was in shock. I was just staring through the window almost paralyzed by the view. I have never seen a war that close.

I noticed something was lodged between the thick branches. It wasn’t one something – there were several of them and at every crook of the bald tree, one of these things had been carefully placed. I stared and stared at them, trying to make out what they were. One of the captors said: “That’s what will be left of all the Russians who come to our country.”

The things on the branches were human heads.

Cut-off heads of Russian soldiers – plastered with mud and blood – decorated the tree like Christmas bulbs. For a moment, I thought I would vomit or pass out.

Around me in the car, the gangsters prattled among themselves in their undecipherable language, their voices excited and cheerful. They were happy and jubilant. This atrocity, this disgrace… for them, it was a victory to be celebrated…

Through eight horrifying months of captivity, witnessing atrocities, surviving bombings and sexual violence, I fought desperately to stay alive, stay sane, and not to lose the one thing that kept me going: my hope. Only hope and faith sustained me in moments of total and all-embracing despair.

I lacked the most basic things in life, but I could find a way to adjust and live without them. The most difficult was an unbearable anguish and thoughts about my loved ones, as the emotional torture was so sharp that in some moments, I would’ve been happy to die. To simply diminish, fall asleep and never wake up.
But I survived, and I lived to tell my story and be able to deliver the most important thing that I have learned in my captivity and after it: we always have a choice – stay strong or break down. Choose to remain a victim or choose to become a survivor.

Was I a victim? Yes. At the time, I definitely was. I was a victim of gangsters who were engaged in organized crime and kidnapping, and I was also the victim of a war I knew nothing about and wanted no part of. I was a double victim. A triple victim. A quadruple victim if you count everything that happened. I saw and experienced things no one should have to go through.

At certain moments in this life, we are all victims. People steal from us, or we get very sick – perhaps we get cancer. We lose our loved ones and incredible tragedies happen in our lives.

But I believe we are bigger and stronger than the things that happen to us. At some point – I’m not sure when – I decided for myself that I wanted to be a survivor, not a victim. I like being a survivor: A survivor moves forward, learns from the past, makes use of it, and ultimately, transcends it.
I like to believe we can all make that choice, no matter the hardships we face in life.

Elena Nikitina was born in the city of Astrakhan, Russia, during the time of the Soviet Union. In 1994, she was abducted by a Chechen gang and taken to Grozny, the capital city of Chechnya. She survived the First Russian-Chechen War, eventually escaping an abandoned mountain village and walking into the middle of a Russian army encampment. She immigrated to the USA, received political asylum and became a citizen in January of 2019. She works as a real estate agent and business owner in Ohio, where she lives with her teenage daughter. Elena has written a memoir GIRL, TAKEN – A True Story of Abduction, Captivity and Survival about her experiences and her book wins Gold literary award in 2019 at Global eBook Award competition. Few weeks ago, Elena’s story was the lead radio documentary on the BBC World Service. Elena’s book recognized in the local news, on BBC worldwide and a talk show in London, UK.