A Girl from Sinking Bottom 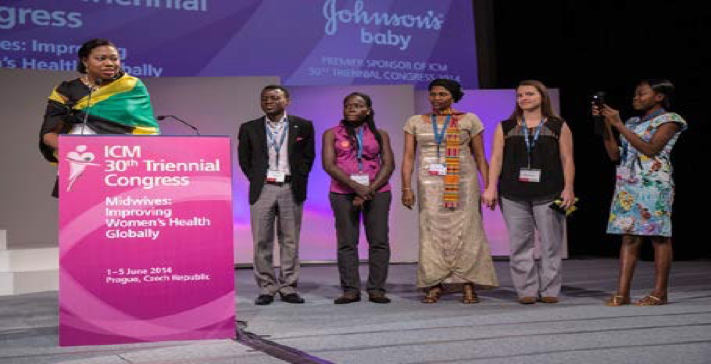 Early in my childhood, my parents separated and eventually got divorced. My sister and I went to live with our grandmother in rural Jamaica. We lived in a farming community called James Hill, down a rocky road at the foot of a hill called “Sinking Bottom.”

For years we couldn’t afford modern amenities like electricity and television, and I studied with a kerosene lamp. We used an outside pit latrine and water supply was from neighboring springs or rain water.

My parents tried very hard to provide for us, even though they were separated and each only had secondary education. My mother got pregnant as a teenager and became a domestic helper. My dad did several jobs at various times, including farming. Despite their hard work, it was still really hard financially.

There were days I walked miles to and from high school, which was miles away in the neighboring community. There were days when I sold coconuts in the village and snacks on the school bus in order to make money for school fees. Despite this hardship, I was determined to complete high school.

As a teen, I felt the devastating effects of physical and sexual abuse. Looking back, it feels like my teen years aligned with my home at Sinking Bottom. Eventually I sank further into low self-esteem, marijuana use, feelings of rejection and depression and attempted suicide.

Throughout my life, my grandmother bestowed her decades of wisdom, courage and strength on us, and inspired me to dream big. She inspired me to believe in my unseen potential and to have unwavering faith in God. She taught me to respect others and to look out for the vulnerable.

Today, I am still transforming — like we all are — and still trying to bring about the positive change I want to see in the world. Life is about embracing change and overcoming challenges. Today, I am a Registered Nurse and a midwife, a youth leader, youth advocate, national ambassador and mentor in the Governor General’s ‘I Believe Initiative’. I am also the Founder and Director for a Youth focused NGO Be Inspired International, and the author of two books called, “Be Inspired” and “Seven Secrets of Successful People.”

I am the girl from “Sinking Bottom” who is still rising. In the words of Lupita Nyong’o: “Your dreams are valid and possible.”

Victoria Melhado-Daley is a Jamaican youth leader and advocate. She is also a registered nurse and a midwife. Melhado-Daley has spearheaded several successful Anti-Child abuse and Anti-Human Trafficking initiatives. She has also been a guest presenter/panelist at numerous local, regional and international forums. Victoria is a member of the Nurses Association of Jamaica and was the youngest winner at that time, to cop the prestigious National Nurse of the Year 2012-2013 title. Victoria was recognized by the Caribbean Nurses Organization as an outstanding Regional Nurse of the Year (Oct. 2014). Melhado-Daley is a past facilitator for a support group of persons living with HIV/AIDS and is a featured ‘Vital Voice’ in the Pulitzer Centre for Crisis Reporting 2007 Documentary on ‘LiveHopeLove.com’ which has since won 3 international awards, A People’s Voice Webby Award (09) An Emmy Award (09), and A Gracie Award (2010). Victoria has mentored pregnant teenage mothers living in the inner-city since 2007 and served for a number of years on the National Youth Month Planning Committee. In September 2012, Victoria represented Jamaica as a youth leader at the CIVICUS World and Youth Assemblies in Montreal, Canada, where she Co-chaired youth discussions on the Post-2015 Agenda. In May 2013, Victoria represented Jamaica at the Women Deliver Conference in Kuala Lumpar, Malaysia ‘among 100 Young Leaders from across the world’. She was also a part of the Jamaican delegation to International Council of Nurses 25th Quadrennial Congress in Melbourne, Australia. Melhado-Daley was one of 6 young midwife contest winners sponsored by Ipas to the 30th Triennial Congress of the International Confederation of Midwives, Prague, Czech Republic, June - 2014.